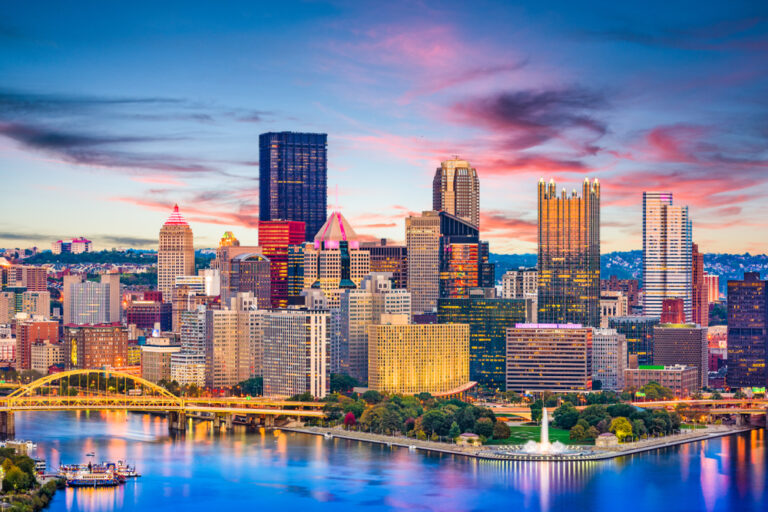 Pittsburgh is nicknamed the “City of Bridges” for its 446 bridges and “The Steel City” for its more than 300 steel-related businesses. The city’s Strip District, a popular neighborhood, is lined with converted warehouses that are home to shops and restaurants.

Things to do in Pittsburgh include a visit to the Cultural District, another popular destination. The district features a cluster of theaters, art galleries, and landmarks in Downtown Pittsburgh. The following sites are great places to go on romantic getaways in Pittsburgh, Pennsylvania.

Ready to enjoy all of the romantic sights in Pittsburgh? Book your stay on VacationRenter!