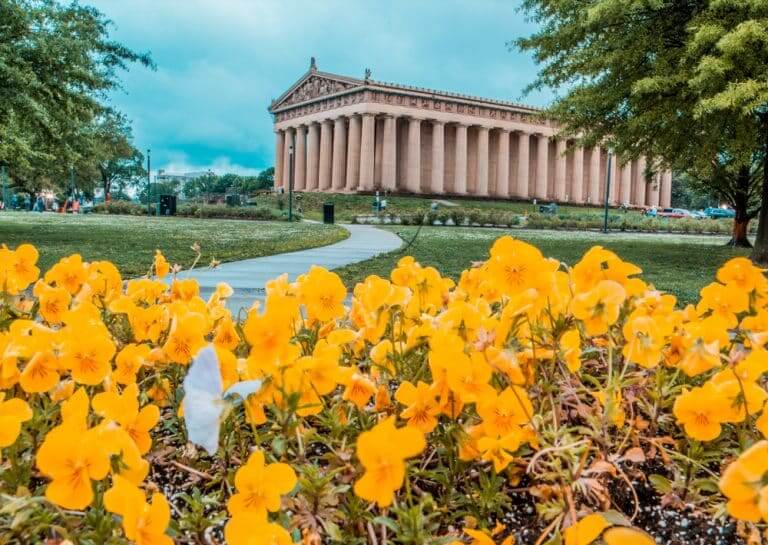 If you’re heading to Nashville for vacation, you’re in for a treat. The Tennessee capital is dubbed “Music City” for good reason. From country to bluegrass, and everything in between, this is the city that celebrates music, and that a lot of artists have cut their teeth. While the strong music presence makes Nashville different from other major cities, it isn’t the only thing that makes this metropolis stand out. 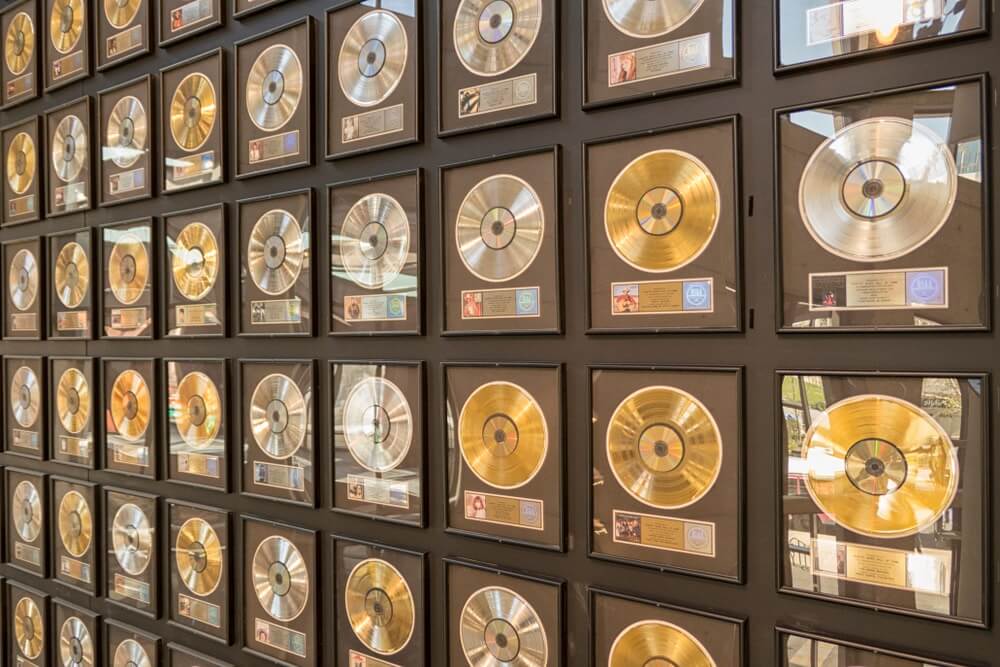 What better way to start enjoying Nashville than by paying a visit to the Country Music Hall of Fame Museum! Before checking out Nashville’s music scene, take in and absorb the history of the genre to better appreciate what lies in store for you in the city. Called the “Smithsonian of Country Music,” this is the place to see all things country. Within the building’s 350,000 square feet, you’ll find educational facilities, dynamic art galleries, archives, and event space all devoted to country music. Its core exhibit takes visitors on an immersive tour of the history of country music, with hands-on artifacts, photographs, video, and music, educating visitors in a fun and engaging way. 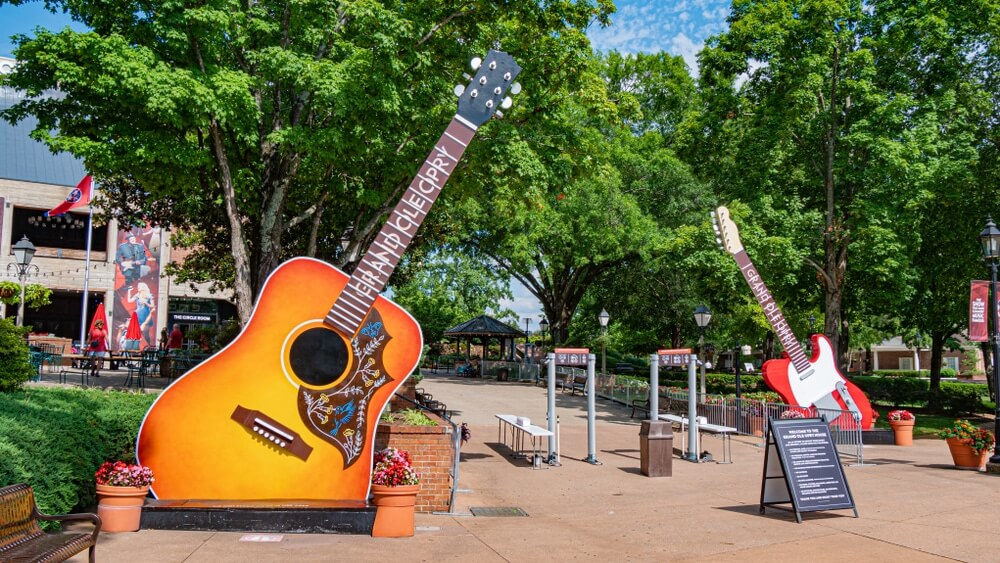 The Grand Ole Opry, the radio show that helped establish Nashville’s reputation as the country music capital of the world, moved out of The Ryman in 1974 and into the Grand Ole Opry. This venue sits northeast of downtown Nashville and tours are available all days of the week. The Opry has hosted many music legends since its inception in 1925, and many claim that it made Nashville the music mecca it is today. Even if you can’t see a show, it’s worth visiting for a backstage tour of the venue. On a daytime tour, an informative guide leads visitors throughout the Opry while introducing them to the music greats that have performed there. You’ll see the artists’ entrance and rooms and might even be allowed to stand on the famed wooden stage.

If you’re interested in getting an up-close look at some of the most celebrated instruments in music’s history, The Gallery of Iconic Guitars at Belmont (also known as The GIG) will be a fun attraction for you. Located on the campus of Belmont University, the gallery gives visitors a chance to see a variety of makes and models of both guitars and mandolins, including pieces that are prized for their rarity. Alongside each instrument you’ll find in-depth history and technical information, making this a learning experience as much as a musical one. In addition to six exhibits, the gallery has a performance stage and will regularly host live performances, demonstrations, discussions, and other events. 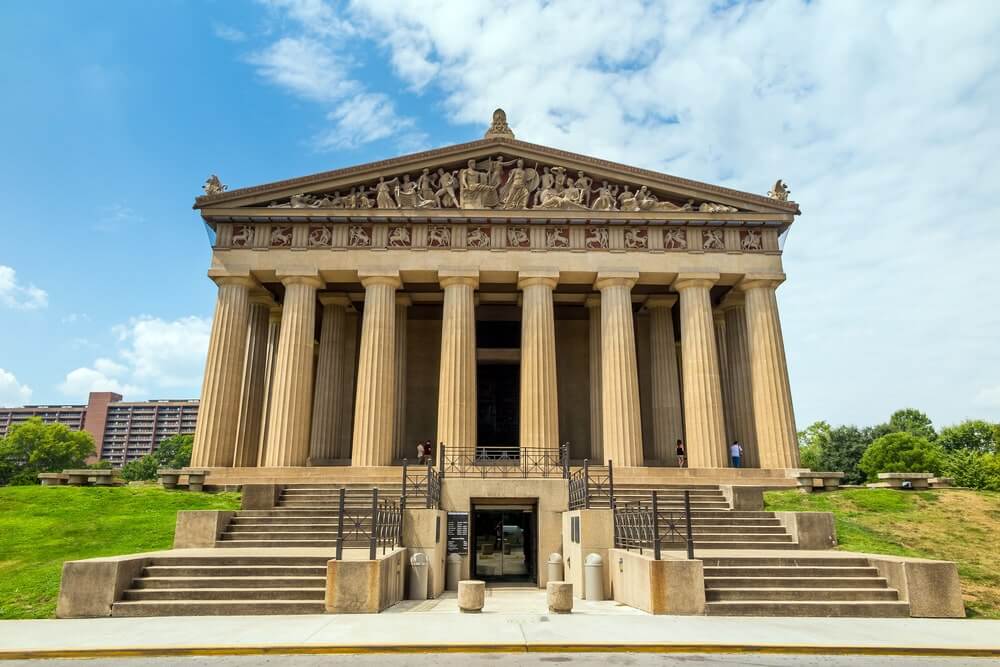 Roughly two miles southwest of downtown Nashville is one of the city’s more popular attractions, The Parthenon, a full-scale replica of the famous structure in Greece! In case you didn’t know, Nashville is also known as the “Athens of the South,” thanks to the many colleges and universities that call the city home. City dwellers of the past took this nickname to heart, building a full-scale reproduction of the Parthenon found in Greece. This towering monument was built in 1897 as a temporary display, but it quickly became a permanent attraction. Visitors can tour the building, picnic on the surrounding grounds, and browse the art collection by 19th- and 20th-century American artists found inside. 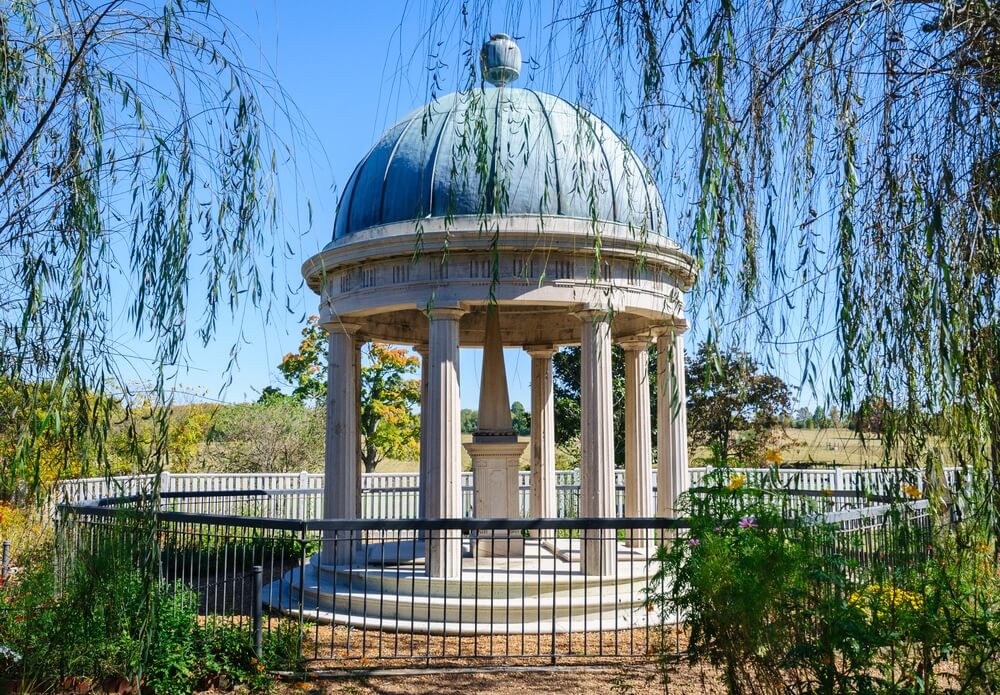 Nashville was home to America’s seventh president, Andrew Jackson. His mansion, the Hermitage, was built in the Greek revival style and is now considered a National Historic Landmark. This home is open to visitors, giving an insightful and interesting look at what life was like for this former president. When you tour the 1,000-acre grounds, you’ll find far more than just the main mansion house. See an original log cabin, remnants of farm buildings including the cotton gin house, various estate outbuildings, the Old Hermitage Church, and Jackson’s tomb. You’ll also see the slave quarters, and learn the stories of the slaves who once worked on the estate. 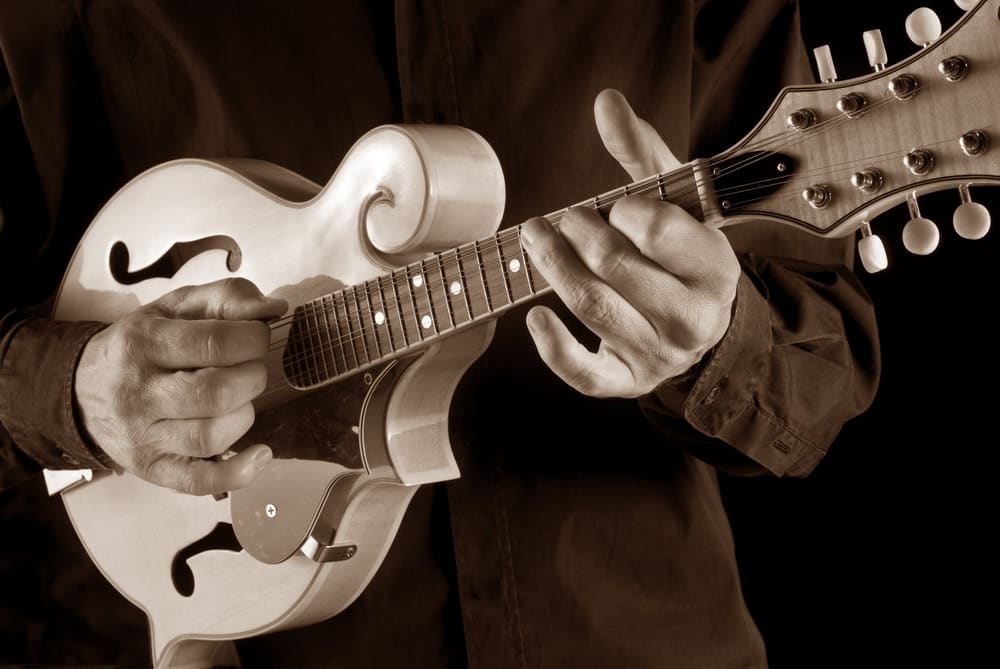 If you love bluegrass, the Station Inn is one of the best places to visit in Nashville. That’s because this historic club has hosted countless big-time artists through the years, yet it remains one of the city’s hidden gems. With its intimate setting and no-frills food, the Station Inn is a far cry from the bigger and flashier music venues, but the low-key atmosphere is what gives it its appeal. Head there to hear live music every night of the week, or bring your own instrument and jam along with the band during the free bluegrass jam each Sunday. 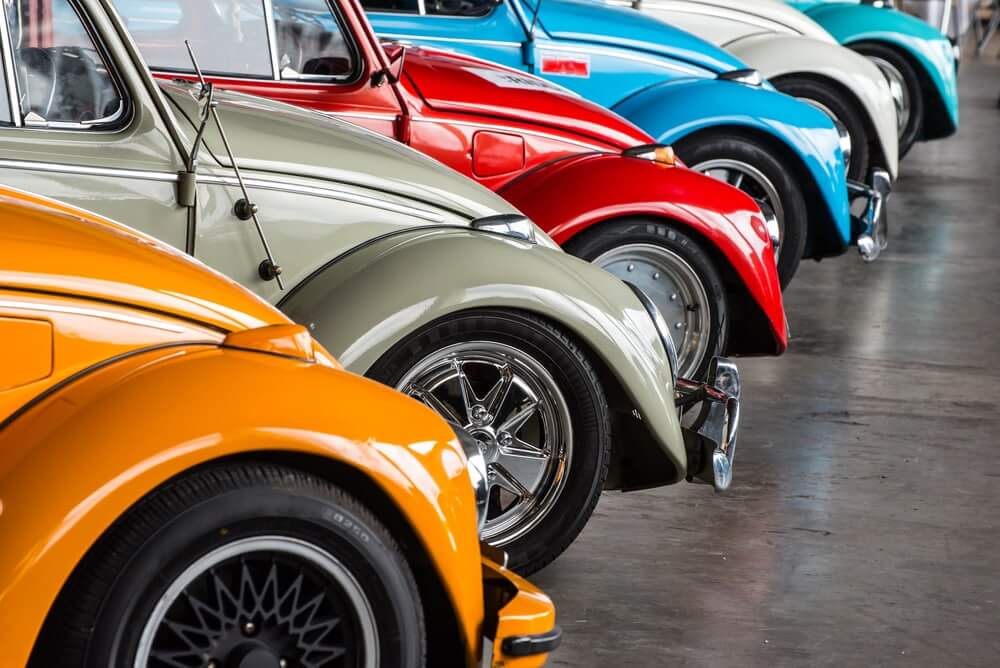 Not all things to do in Nashville are music related. The Lane Motor Museum is not your average automobile museum. It has the largest collection of European cars and motorcycles in the United States. The colorful, eclectic, and unusual collection of autos delights visitors of all tastes and ages, even those who aren’t typically interested in cars. When you visit, you’ll see automobiles and bicycles from a wide variety of countries, representing many different eras. If you’re a history buff, you’ll also love learning the interesting and little-known facts about each collection. Don’t hesitate to bring the kids to this one as the play area on-site is designed for the youngest visitors and keeps everyone engaged. 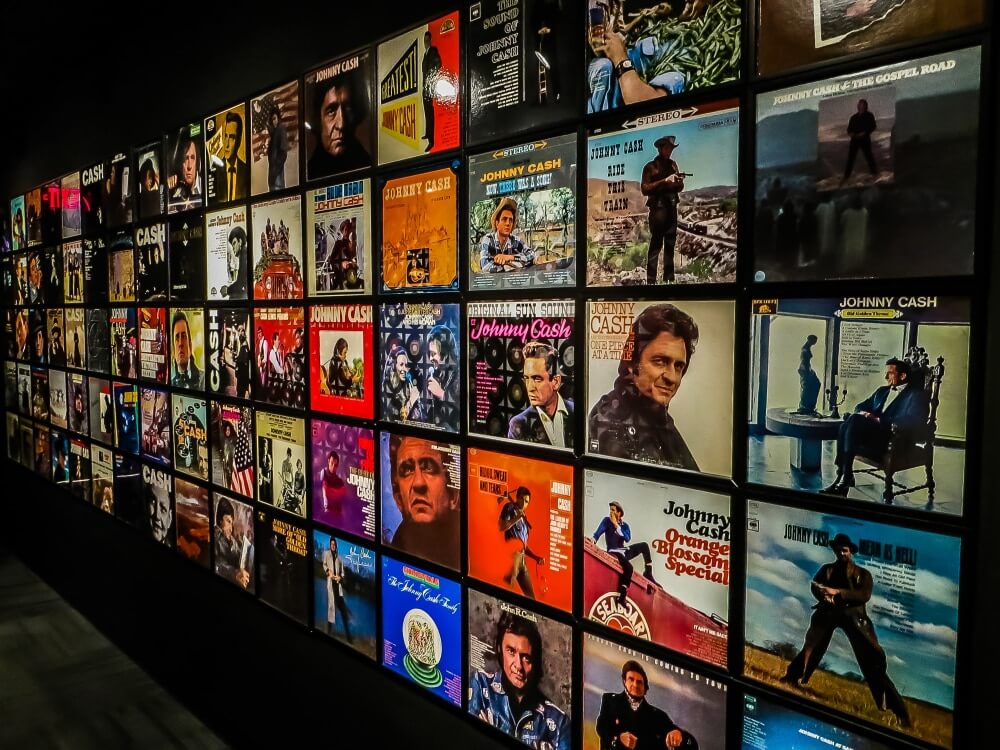 This is a fun stop for families who are fans of the iconic country singer. The Johnny Cash Museum features exhibits and displays that include memorabilia, artifacts, writings, costumes, film, audio clips, and letters. Be prepared, however, as Cash’s many devotees make the place a bit crowded at certain times of the year.

Want a break from the city for a day? Check out these ideas on some quick day trips outside of Nashville. The suggested destinations are less than 2 hours away from Music City.

Explore the Parks of Nashville 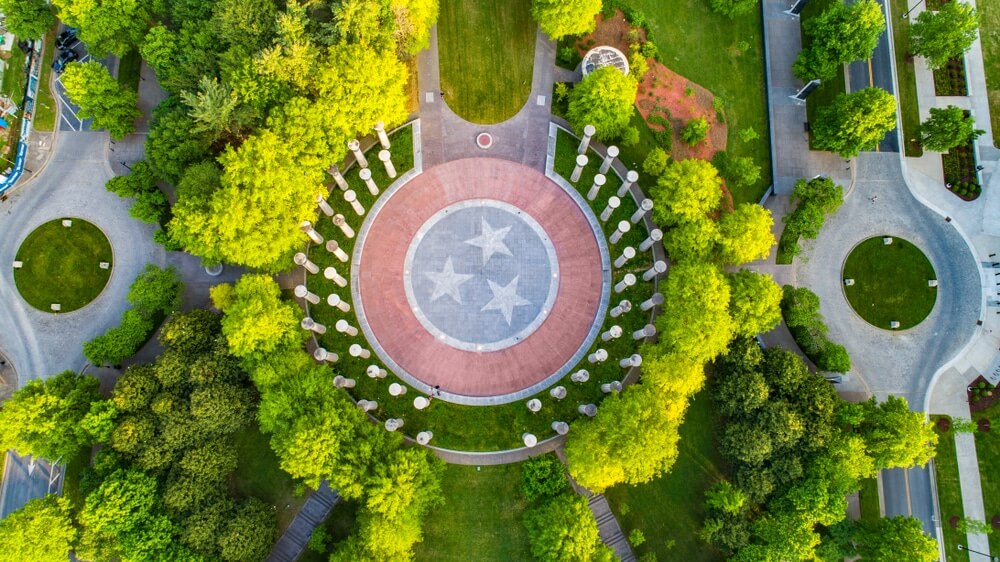 Bicentennial Capitol Mall State Park, often called the Bicentennial Mall, is located in downtown Nashville. It was opened in 1996 to commemorate Tennessee’s Bicentennial Celebration. Highlights of the park are the Rivers of Tennessee Fountains, a Pathway of History, a granite map of the state, a 95-bell carillon, and a World War II Memorial. The park provides views of the State Capitol and Capitol Hill. Self-guided tours of the park are popular, and park staff often offer guided tours. 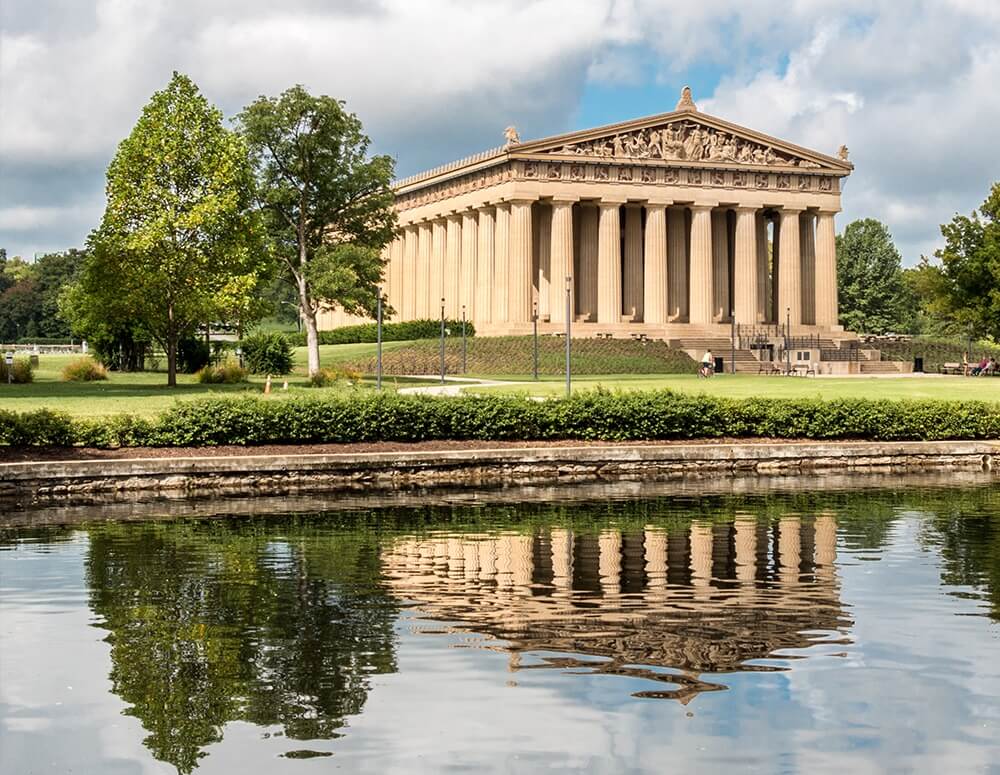 Centennial Park has several other attractions and activities aside from Nashville’s very own Parthenon. As you explore the park, you’ll come across Watauga Lake, a one-mile walking trail, an arts activity center, a sunken garden, and even an exercise trail. Centennial Park is also home to the Centennial Sportsplex, which includes pools, an ice rink, tennis courts, and fitness centers. 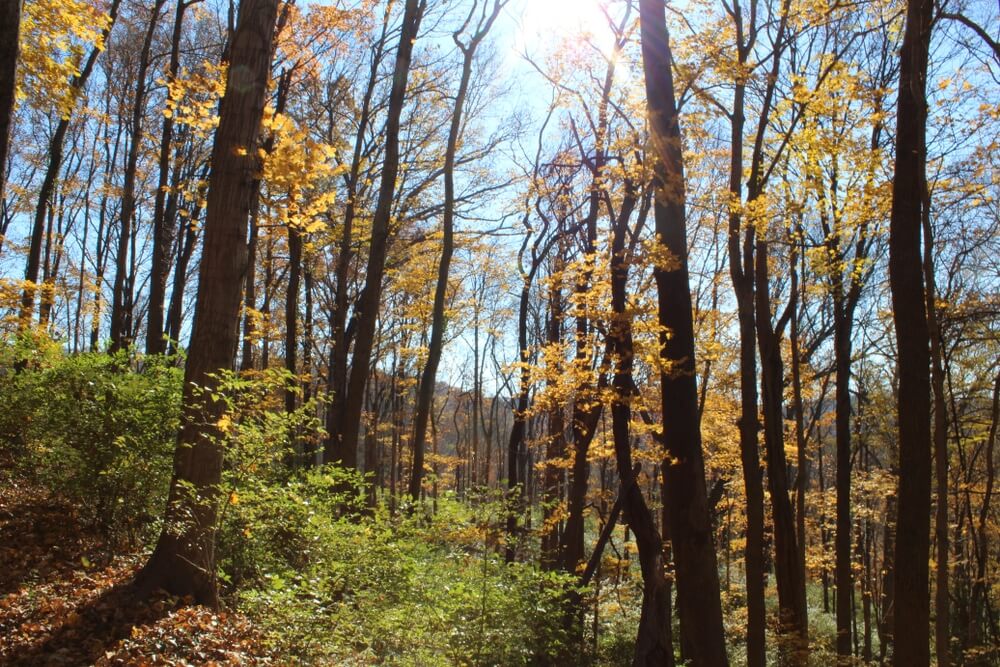 Warner Park Nature Center is one of the main attractions in Edwin Warner Park and Percy Warner Park, collectively known as The Warner Parks. You can hike Warner Woods, Mossy Ridge, and Harpeth Woods trails, or you can hike the Burch Reserve’s trail through field and forest. In addition to hiking, mountain biking, and horse trails, the park consists of a dog park, picnic shelters, golf courses, and scenic overlooks. Warner Parks can be found nine miles away from downtown Nashville. 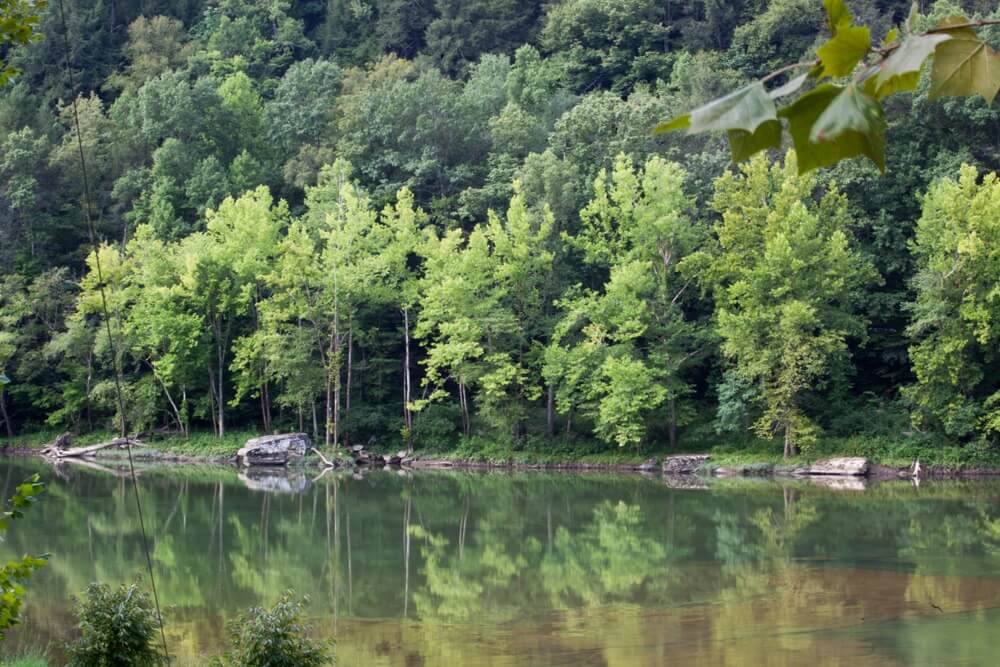 Fort Nashborough, built in 1779, protected pioneers from armed attacks by Native Americans. This first permanent American settlement along the bluffs of the Cumberland River represents Nashville’s roots. You can learn about the lives of the early settlers in this living outdoor museum. When you explore the grounds of the third replica of the original Nashville settlers’ fort, you’ll find cabins and blockhouses. An interpretive plaza area focuses on Nashville’s Native American history. 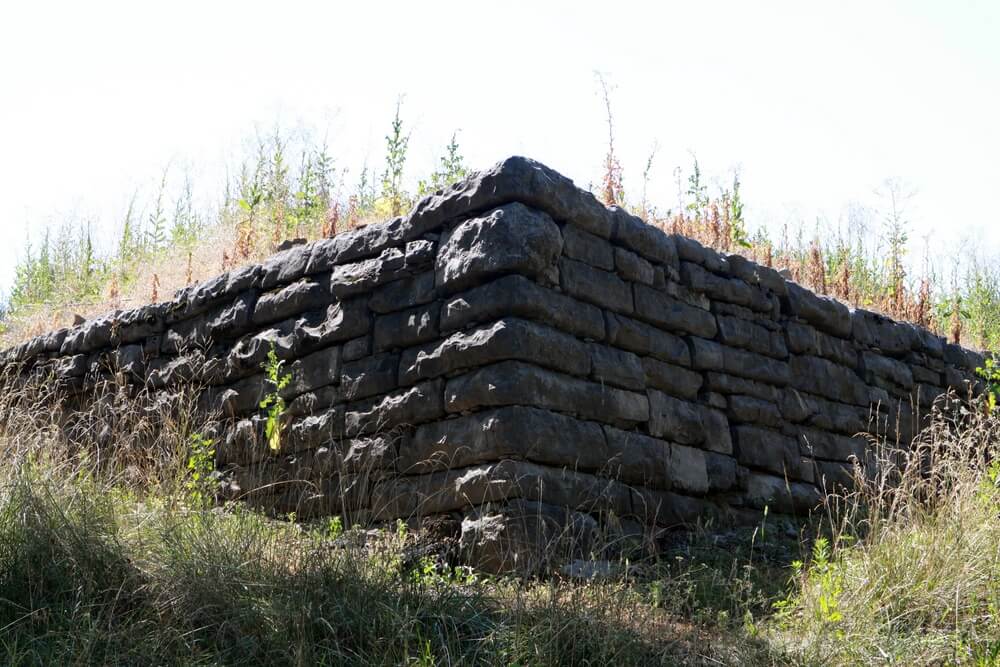 Fort Negley Park was in fact once a fort. It was built by Union troops after they captured Nashville during the Civil War. This largest inland stone fortification discouraged Confederate attacks throughout the war because of its location, size, and guns. Today, the Civil War site offers interpretive panels and accessible walkways. You can watch two films at Fort Negley Visitors Center, and you can research the Civil War Soldier and Sailors System database and use interactive touch screens that highlight Fort Negley and occupied Nashville.

Where to Stay in Nashville

Tons of great options await you and your travel companions when it comes to finding a cool neighborhood with a great rental in Nashville. Below, we’ll take a deeper dive into our 3 favorite neighborhoods and some of the favorite local water holes in these areas.

Downtown is the perfect spot for those of you looking to enjoy the nightlife of the city. It’s also a great option for finding a smaller apartment and saving a bit of money on your lodging for the trip. The area is jam-packed with amazing restaurants, coffee shops, and nightlife. The live music scene in the area will blow you away. The District is a particular part of downtown Nashville that you should look for if you are exclusively interested in nightlife.

Favorite local spots: Get the day started off right with a hot cup of coffee from Moonshot Coffee Bar. This is a great breakfast joint, too. For a casual dinner, head over to The Stillery for some amazing pizza and ice-cold beer. Feeling fancy? Etch is the place for you in this area. They’re serving up a fresh, elegant take on Americana. Try the Italian Sausage & Capellini Pasta; it’s sensational. And cocktails downtown should happen at Snitch, a speakeasy located in DREAM on Printers Alley.

Looking for a few great loft or apartment options to keep you in the heart of the action? Get great deals on a few choice lofts and apartments here.

Traveling with the whole family? East Nashville is the place for you. Traditionally thought of more of the hipster part of town, this area is quickly filling up with other families. You’ll have quick access to downtown and other neighborhoods that house some of the museums and attractions mentioned above. East Nashville also boasts a long list of single-family home rentals. Travel in the winter to get a great price on a beautiful Tudor-style home in this area.

Favorite local spots: Barista Parlor dominates the coffee scene here and pulls one of the best espressos you’ve ever tried. Butcher & Bee will provide you with one of the most amazing meals you’ve ever had. The menu rotates weekly, so come curious and ready to be amazed. And the late-night drinks in East Nashville happen at a couple of spots. The fancy kids go to The Fox Bar & Cocktail Club. If you’re looking for something a little more blue-collar, check out Mickey’s Tavern.

For the adventurer who values location above all else, The Gulch is arguably the best neighborhood for you. Situated between downtown and Music Row, The Gulch is a phenomenal balance of nightlife, shopping, museums, and quick access to just about every other major neighborhood in the city. Find great deals on both condos and single-family homes in this area.

Favorite local spots: Morning coffee and breakfast happen here at Milk & Honey. Stock & Barrel is serving up the best burgers in the city with bourbon and beer. And your evening cocktail is best poured up at Gertie’s Whiskey Bar.

From parks and outdoor fun to the rich culture and history found in each and every museum, Nashville is truly a magical place. Ready to experience all the fun in Nashville? Find your perfect vacation rental with VacationRenter today!