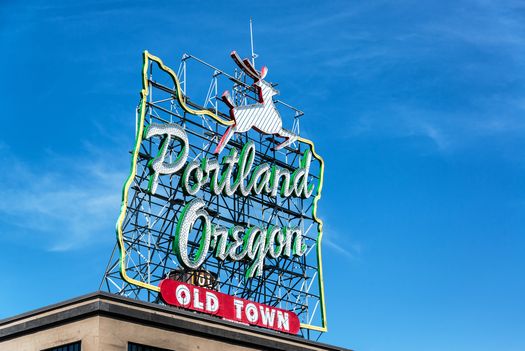 Want to treat your vacation like an experience buffet? Portland, Oregon, is a popular vacation destination, in part because it offers the possibility of three distinct experiences: a laid-back yet cosmopolitan city trip, a mountain retreat and a coastal getaway. With Mount Hood and the Oregon Coast situated just a short drive away from the city, you can pack multiple different vacations into one. Use these tips to get the most benefits from Portland, Oregon, vacation packages without getting boxed into a trip that keeps you from experiencing the full range of possibilities in this magical part of the world.

Pick the Right Time of Year

Portland has a fairly predictable and notorious weather cycle. Essentially, Portland has two seasons: sunny and rainy. Late fall, early spring and all of winter are almost always dark, rainy and chilly. There are some exceptions, including occasional snowy and sunny periods, but if you want to see the best of the Northwest without having to deal with head-to-toe waterproofing, it’s best to travel during the drier months of July, August and September.

These are the most expensive months for Portland travel, though, so if you’re looking for a bargain, going at a typically rainy time of year might be a better bet. Portlanders don’t tend to let rain stop them from exploring the outdoors and otherwise going about their business, so your experience of the city and its surrounding areas won’t be much different. Just do like the locals do and wear waterproof clothes and shoes rather than using an umbrella, which may not stand up to wind and definitely won’t save you from puddles.

Do Get a Car

Though Portland is known as a biking city, you might not be able to find a vacation package that gives airfare discounts with a bike rental. Cars are the next best thing, especially if you want to really explore the area. With a car, you can drive out to the Columbia River Gorge for hiking or farm visits, go up to the mountain for a cultural experience at the iconic Timberline Lodge or head out to the coast to see the breathtaking views offered by the coastal mountain range.

With a car, you can also make it out to parts of the city that aren’t necessarily well connected by public transit. Portland’s bus and light rail system is pretty good, but it isn’t as extensive as public transit systems in larger cities. Sauvie Island, for example, is a quiet, rustic farming hamlet that’s technically part of the city, but going there by bus won’t allow you to do much exploring unless you bring a bike and want to pedal for miles.

Don’t Get a Hotel

Portland’s hotels are often clustered in busier, more commercial parts of town. While that can be fine for business travel, it isn’t necessarily great for those who want to really experience the city on vacation. Avoiding hotel booking as part of your package allows you to get closer to the “real” Portland in smaller, trendier neighborhoods like Sunnyside or Alberta. Opting for vacation homes rather than hotels can also give you the chance to hop around town or spend a night at the mountain or the coast as you see fit. Though hotels are typically a big part of vacation packages, there are other elements, like airfare and rental cars, to focus on rather than hotels. From tiny houses to luxe cabins, Portland and its surrounding areas offer a lot of interesting rental properties with a lot more local flavor than a hotel typically offers.

Portland doesn’t have a whole lot of tourist trap experiences on offer. Generally, attractions in this part of the country focus on natural beauty, history and culture that is genuinely interesting and fun for tourists to check out. And if you rent a car as part of your vacation package rather than opting for bus tours, you can do touristy things like visiting Multnomah Falls on your own terms.

There are some quirky and unique tourist options in Portland as well, reflecting the city’s general character. As a bike-friendly city, for example, there are a lot of weird cycles you can rent in various parts of town, including some multi-person, pedal-powered vehicles you can take on things like brewery or pizza tours. Food and drink are major attractions in Portland, so it may be worth it to buy tickets for something like a guided tour of local coffee roasters. Oregon also has a thriving wine industry, and you can find plenty of options for winery tours, often as close as an hour away in the Portland suburbs.

There isn’t really a Times Square type equivalent in Portland, which means that travelers can usually embrace being tourists without really feeling like they’re getting pulled into some sort of commercialized gimmick that doesn’t reflect local culture. Portland has enough unique physical and cultural characteristics that you can be pretty confident that your tourist experience will reflect something authentic.