And the Award Goes To: Your Next Vacation 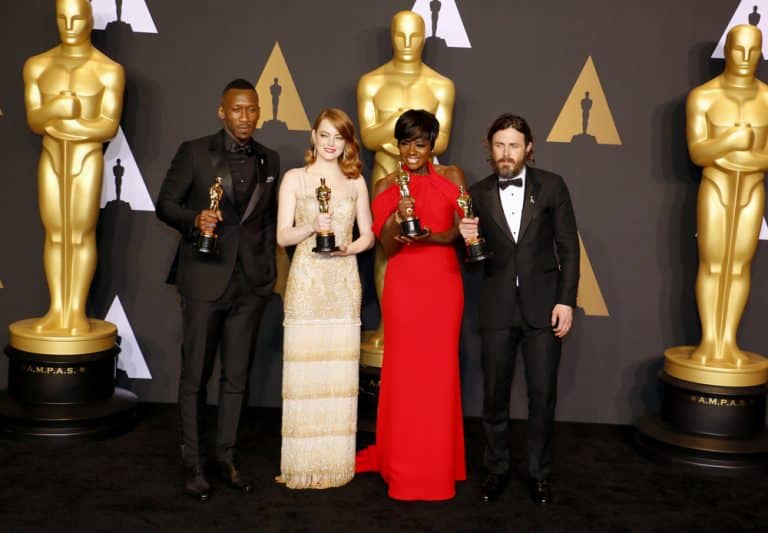 The Academy Awards are approaching on Sunday, February 24th. But, rather than just curl up on the couch to watch, why not also experience the settings of some of this year’s Oscar-nominees?

From the lively streets of Harlem to the tall mountains of Colorado, here are the nominees for your next trip:

Visit the Movie locations of the 2019 Best Picture Nominees

New York City for Green Book and Can You Ever Forgive Me? 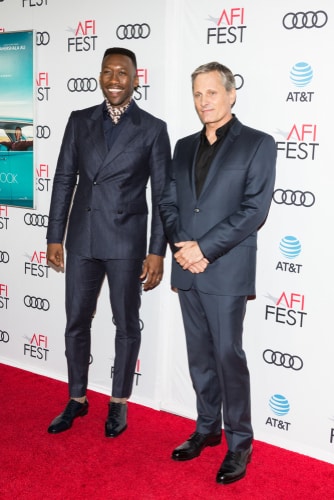 Green Book is the real life story of Dr. Don Shirley (played by Mahershala Ali), a renowned African-American pianist, who hires a working class Italian-American bouncer from the Bronx named Nick Vallelonga (played by Viggo Mortinson) to be his driver while going on tour in the Deep South in the 1960s. The movie explores racism and cultural tensions as two people from different worlds meet in New York City and travel through the country to come together as friends. 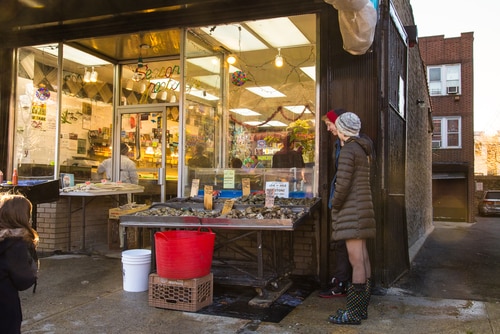 For a taste of the street-wise Italian-American cuisine cooked up by Nick’s wife Dolores, travel through the Bronx down to a place called both Belmont and Arthur Avenue (depending on who you ask). This neighborhood is a slice of life from the 1960s – where stars like Joe DiMaggio, Yogi Berra, Muhammad Ali, Liz Taylor, and Paul Newman liked to lay their hats.

Once you’ve done some window shopping, check out Mario’s on Arthur Avenue. Mario’s started as a pizza window shop in 1919 and is still run by the same family. Their pizzas are tastefully timeless, just like their linguine with clams, potato gnocchi that comes in a bright tomato sauce, and scottaditti – literally finger burners – which are tiny pink lamb chops you pick up by the bone to eat. Then put on a suit and slide into the legendary classical music of Dr. Don Shirley with a trip to Carnegie Hall. Fun fact: He was the only other Carnegie studio resident besides Leonard Bernstein who performed at Carnegie Hall annually. 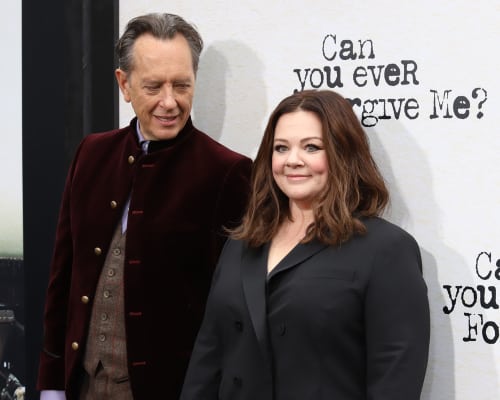 To round out your cultured New York trip of nominated bio pics, visit the New York Public Library for an experience of Can You Ever Forgive Me? – the story of biographer Lee Israel (played by Melissa McCarthy) who forged letters from literary greats like Louise Brooks and Ernest Hemingway. At the library, you can find her autobiography next to works by the famous authors whose letters Lee edited and forged. 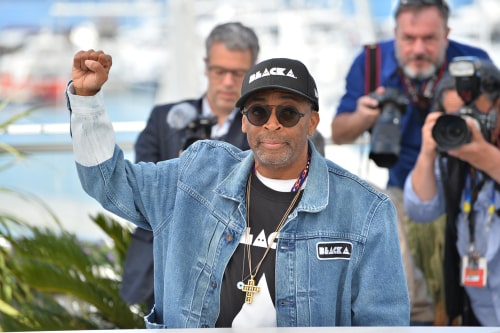 BlacKkKlansman is the story of real-life African-American police officer Ron Stallworth (played by John David Washington) who successfully managed to infiltrate the local Klu Klux Klan branch in the 1970s with the help of a fellow officer (played by Adam Driver). 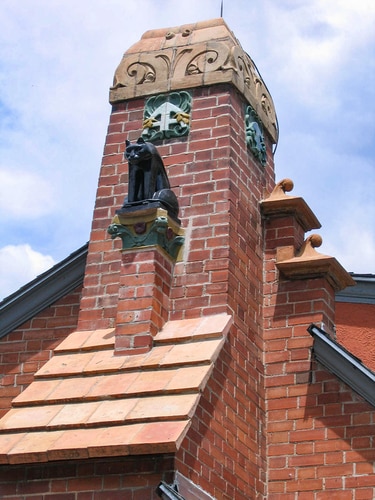 In the movie, Stallworth meets Patrice Dumas (played by Laura Harrier), president of the black student union at Colorado College who inspires him to undergo this undercover mission. Visit the beautiful campus of Colorado College for a scenic side of the city tucked under the large shadow of Pikes Peak, where real-life members of the Black Student Union met Stallworth during his first undercover assignment.

To understand how Colorado Springs developed in the early 20th century, take a trip to the Broadmoor Hotel, which has welcomed heads of state, celebrities, and professional sports stars as guests since it opened its doors in 1918. Sit down and dine at the Penrose Room for a Five-Star, AAA Five-Diamond meal or grab some delicious pub fare at the Golden Bee, complete with nightly ragtime piano and yards of ale. 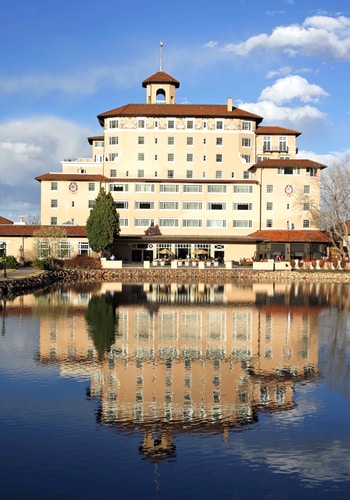 Vice is the story of Dick Cheney (played by Christian Bale) who quietly wielded immense power as Vice President to George W. Bush (played by Sam Rockwell) in Washington D.C. Take a tour of the U.S. Capitol or the White House for a behind-the-scenes look, which both offer historic journeys through the many stories, events, and figures that shaped the United States. 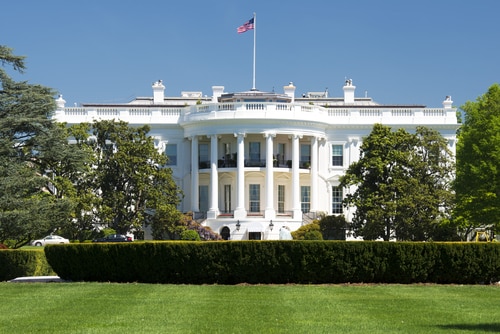 Once you’ve walked through our nation’s hallways, dine like a Hill staffer at Rose’s Luxury – the first restaurant of celebrity chef Aaron Silverman – or eat like the former Vice President at Charlie Palmer Steak for a large serving of “bold American food.” You won’t want to miss a meal here; Bon Appétit recently bestowed the nation’s capital with the title of “Restaurant City of the Year” in 2016. Then walk down to the National Mall and stand at the feet of Abraham Lincoln or next to the Washington Monument for a photo that will unite you with the rich history of our country.

Harlem for If Beale Street Could Talk

If Beale Street Could Talk is a moving love story set in 1970s Harlem told through the eyes of 19-year-old Tish Rivers (played by screen newcomer KiKi Layne) as her fiancé is arrested for a crime he didn’t commit. 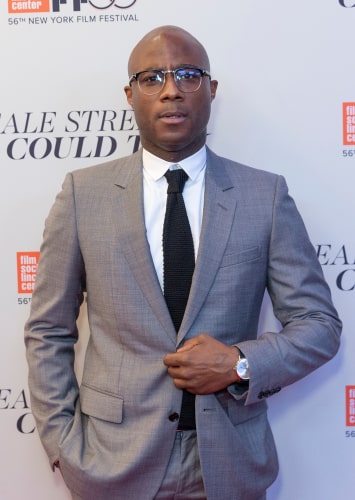 Tish’s fiancé Fonny (played by Stephen James) is an aspiring artist in Harlem, following in the footsteps of some of the past century’s greatest musicians and creators. To see where it all began for them, go to Amateur Night at the Apollo which has introduced famous names to the world since 1914 – like James Brown, Ella Fitzgerald, Sammy Davis Jr., Billie Holiday, and Lauryn Hill. 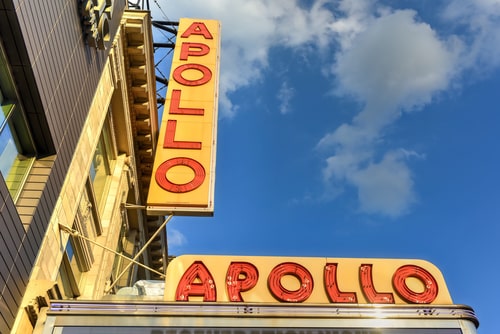 Once you’ve danced like Mr. Brown himself, feast on some comfort soul food at Red Rooster Harlem, then grab a warm chocolate chip cookie for dessert at Levain Bakery. To round out a cultured trip and fully embrace the spirit of If Beale Street Could Talk, head to the Studio Museum in Harlem which celebrates some of the world’s most timeless African American art.

Los Angeles, Angelino Heights, and Calabasas for A Star Is Born

A Star Is Born is the tale of weathered musician Jackson Maine (played by Bradley Cooper) who finds and falls in love with Ally, a struggling singer and songwriter who’s given up on her dreams (played by Lady Gaga). As Ally’s career begins to rise, Jack’s begins to set. 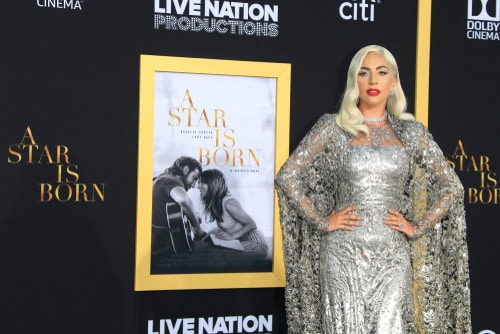 A trip to Los Angeles and a stroll through neighborhoods like Angelino Heights and Calabasas can help you experience the streets and theaters where Jack and Ally lived their lives. To see where others stars were born, walk along the Hollywood Walk of Fame in LA. Then wander down to Calabasas for a romantic stroll through the Calabasas Commons, an outdoor promenade with lavish landscaping, Mediterranean architecture, and some of the top shopping and dining in the area. 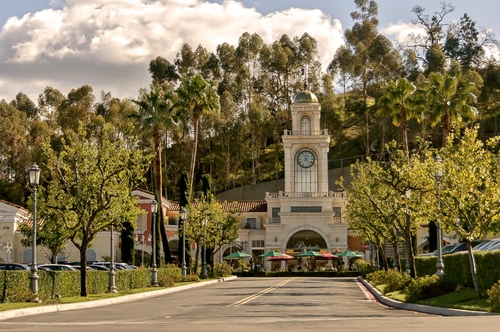 Your next stop is a trip to Angelino Heights and wander through one of the oldest neighborhoods in LA, full of eclectically built homes that span across three distinct eras of architecture: The Victorian, Turn of the Century, and Revival period. Finally, to wrap things up with a true music experience, order a drink at the Sassafras Saloon and take a seat for some live country songs.

For your own Oscar vacation, check out one of these cities rich in American history and culture. VacationRenter can help you find the perfect stay for a perfect getaway – one that will leave you feeling like a star.