Poll: Top 4 Cities in the US to Celebrate Pride 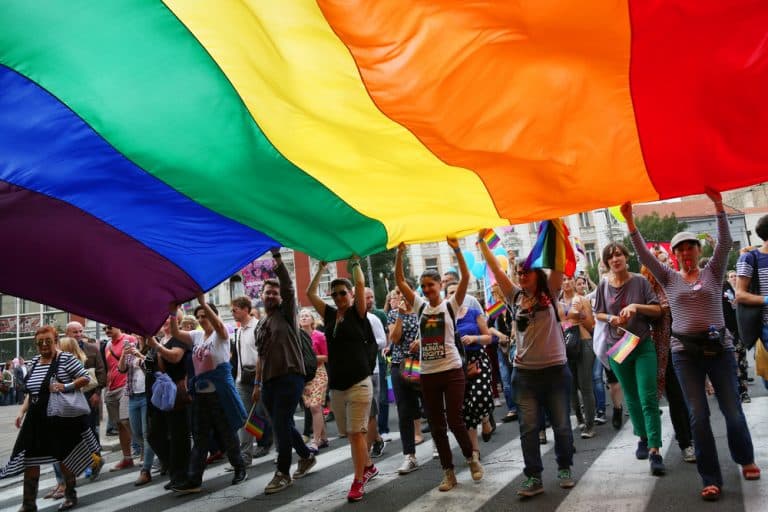 Can you believe we finally finished 2021? Earlier this year, we asked over 1,000 people throughout the country about their favorite vacation destinations in the United States, and they broke it down based on category – including a consensus on the most LGBTQ-friendly cities – as seen in our infographic rundown here. In celebration of Pride Month this June, we’re doing a deeper dive into the top four LGBTQ-friendly cities to travel to outside of VacationRenter’s home base of San Francisco.

In June, cities all over the nation will be celebrating equality and inclusion for LGBTQ communities with bright colors, parades, block parties, and more. Pride Month serves as a commemoration for the Stonewall Riots, held on June 1969 in New York City, meaning this year marks the 53rd Anniversary of this monumental spark in the gay rights movement. Take a peek at which destinations would be the best to check out during Pride Month below. 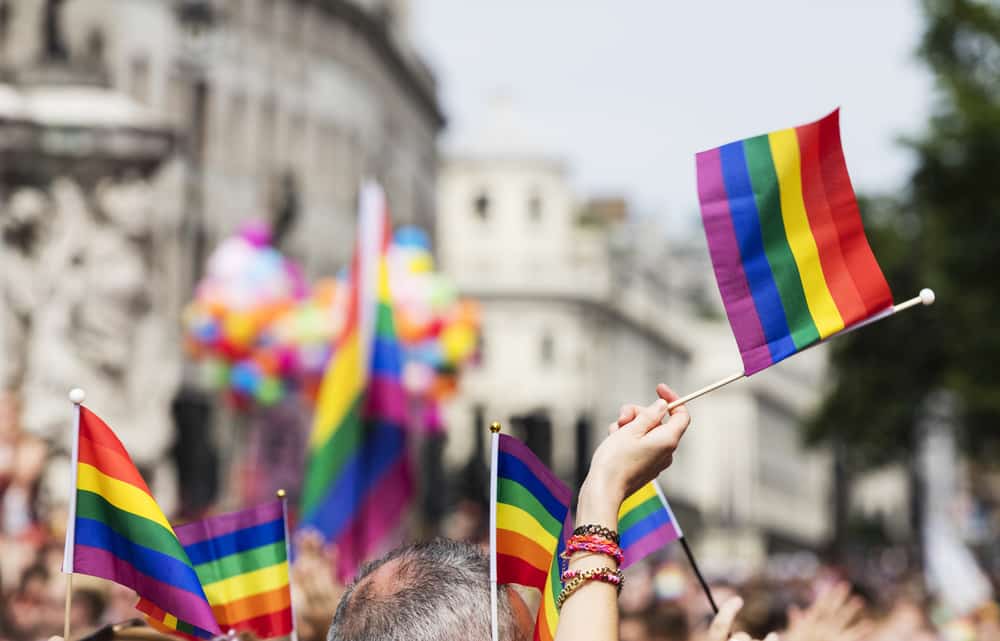 Utah’s capital takes the cake for the 4th most LGBTQ-friendly city in the country. The city’s Pride Month Events kicks off in early June, with its Pride Parade and Festival lighting up the streets. Thousands of people came together to proudly represent the parade’s theme, “Exist. Resist. Persist.”

What comes as a bit of a shock is that the state of Utah itself is mostly made up of Mormons with incredibly conservative ideals, but the capital, Salt Lake City serves as a safe haven for those who want to live an LGBTQ lifestyle without facing any stigmas or discrimination. On the Visit Salt Lake Official website, we found that that according to the Salt Lake Tribune, “Gay people in Utah come to Salt Lake City because it’s almost like an island of liberal progressiveness in a sea of conservative Mormon culture.” This idea alone is revolutionary enough to prove that even in a predominantly conservative culture, there is hope for inclusion for everyone.

If you plan to take a trip to Salt Lake City during any time of year, you’ll be welcomed with open arms into its thriving LGBTQ community. For gay-friendly nightlife, you can visit  Metro Music Hall, located downtown, right around the corner from one another. In mid-July, the Utah Film Center is hosting its 18th Annual LGBTQ Film Festival called Damn These Heels. In February, you can also check out Gay Ski Week in the mountains of Utah. 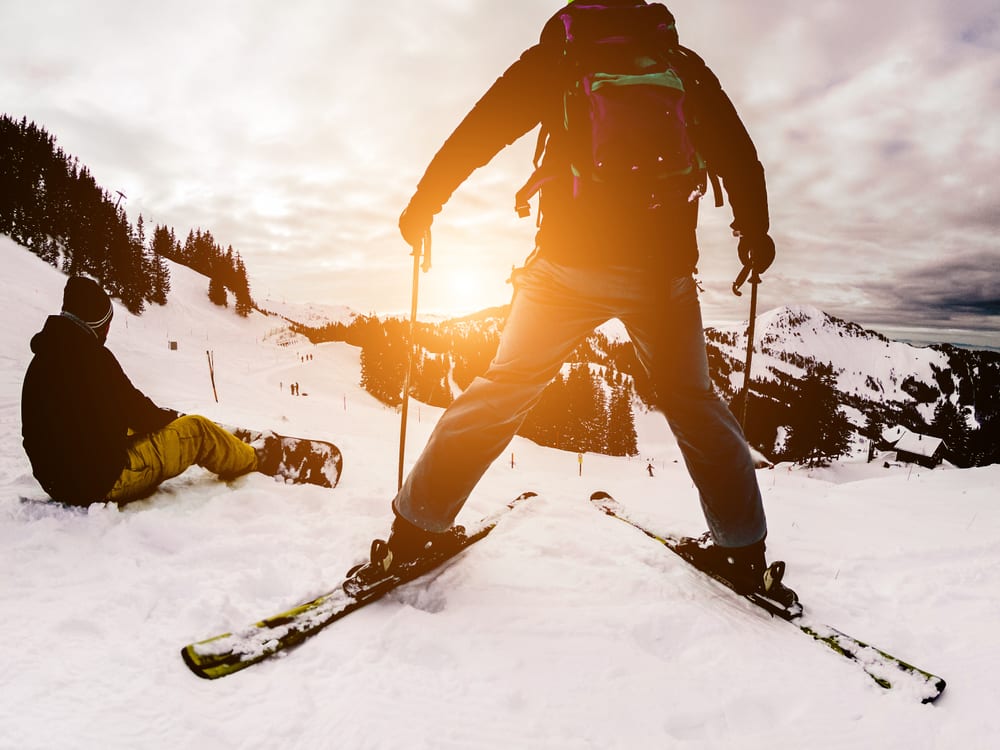 For any LGBTQ couples trying to find a place to settle down, you can look into Salt Lake City as your next home base. In 2013, Salt Lake was acknowledged for having the highest rate of gay parents in the United States. According to one parent, aside from her daughter, there are several other students in her daughter’s school with same-sex parents, which can definitely help any child feel more comfortable in a learning environment. Plus, in 2016, Jackie Biskupski became Salt Lake’s first openly gay mayor, and is still in office today. We applaud Salt Lake City for taking big steps towards equality for the LGBTQ community!

Next stop? Baltimore! This northern city has a whole Calendar of LGBTQ Events that runs all year long, including a Miss Gay Maryland America Pageant that was held last April, and Baltimore Black Pride coming up in October. More importantly, up next on the calendar is Baltimore’s 46th Pride Parade and Festival.

The Pride Parade is usually held mid June from 1:00pm to 3:00pm, with a block party to follow right after. In addition, for the first time this year, Baltimore will host a Pride Pet Parade to include everyone’s furry friends in all the fun. Last on their agenda of official Pride events, Baltimore’s Pride Festival runs the following day from 12:00pm to 6:00pm and this kid-friendly event will include live music, performances, exhibits and food trucks galore! If you’re in the area, feel free to stop by and be a part of the celebration.

There’s a Great Party in Baltimore

There’s a fairly diverse nightlife scene in Baltimore, and we’re excited to share the two most striking LGBTQ-friendly bars worth visiting. The first is W.C. Harlan, a speakeasy in the outskirts of the Old Goucher Neighborhood. This speakeasy is shaking up Baltimore’s craft cocktail scene, locally sourcing as many ingredients as possible, and innovating its recipes on a regular basis. Once you get inside, you’ll feel like you’ve stepped into a vintage hideaway with dimmed lights and jazz music filling up the atmosphere.

On the south end of Baltimore, you’ll find Rye in Fells Point: a cocktail bar with a delectable drink selection. Before W.C. Harlan came along, Rye proudly stood as the pioneer for Boston’s craft cocktail movement. They even offer group mixology classes, customized for each party. Painted in capitalized block letters on Rye’s brick walls, it screams “vote against prohibition” which sets the tone for a night consisting of more rounds of picturesque cocktails than you can count. 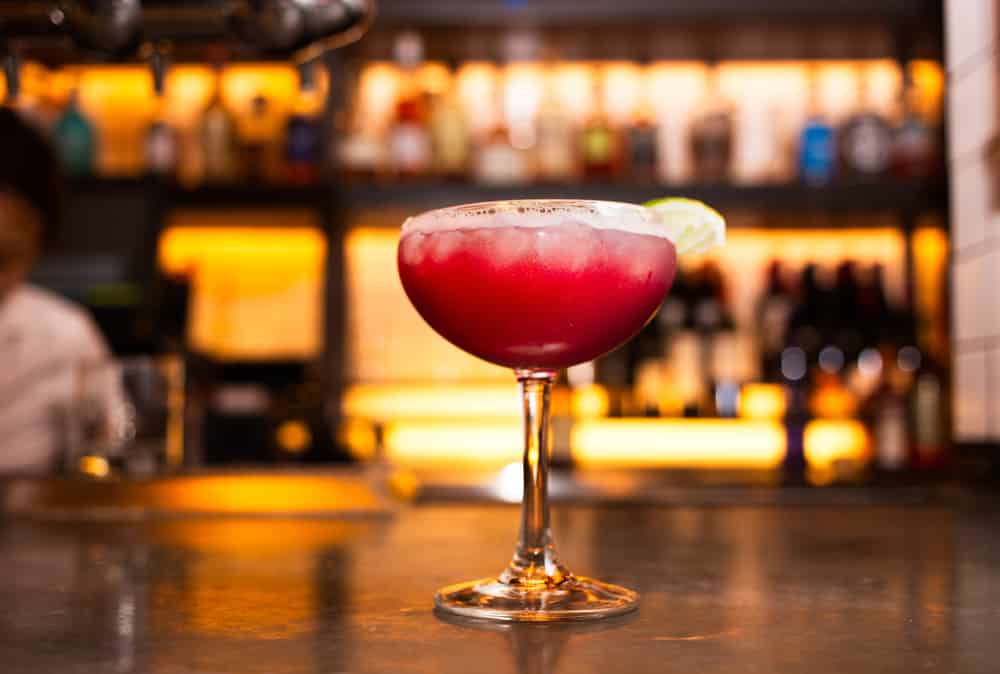 The Food is Also Pretty Great

We also sought to find the best LGBTQ-owned restaurants in Baltimore, and among the handful of establishments listed on the Visit Baltimore Official Website, our must-try suggestion is Miss Shirley’s Cafe, with two different locations gracing the city of Baltimore. From the southern-style brunch dishes and self-titled “mornin’ cocktails,” Miss Shirley’s menu makes us want to try literally everything. Our top recommendations to start would be the Cucumber Basil Mojito and the “Get Your Grits On” – a dish consisting of cajun-spiced grits served with diced bacon, fried green tomatoes, and your choice of blackened shrimp or salmon.

The city of Philly typically begins its Pride Month celebrations in early June with a Rainbow Flag Raising Ceremony followed by a Pride Kick-Off Block Party. To conclude a weekend of Pride fun, Philadelphia’s “Stonewall 50” Themed Pride Parade will be on Sunday, June 9th. 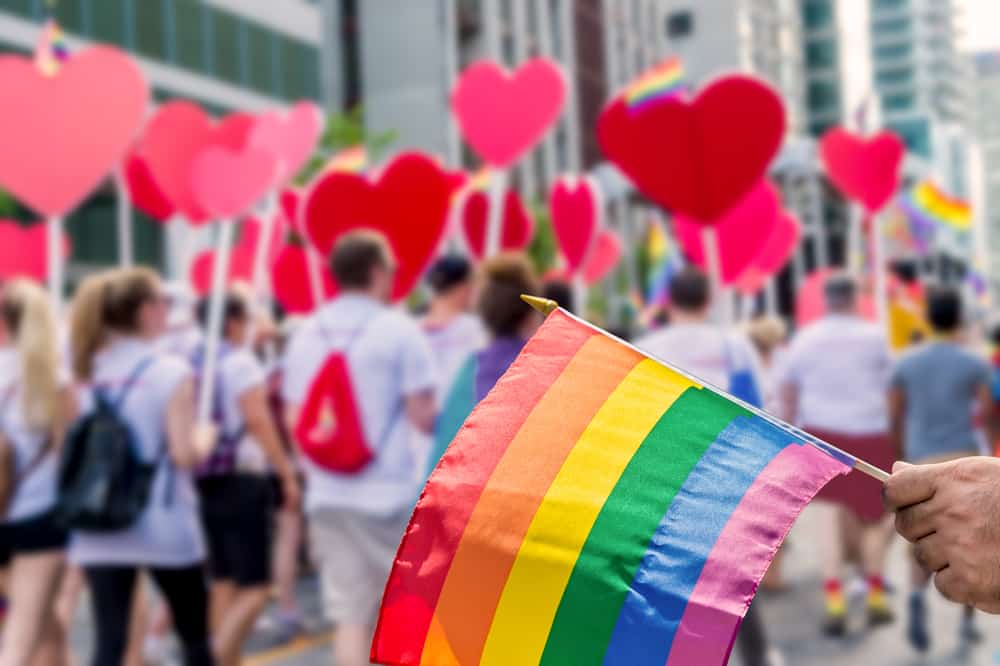 Everyone Gets to Celebrate!

But the celebrations don’t stop there… The Please Touch Museum for children encourages the little ones to celebrate Pride Month too. The museum hosts a Pride Family Festival for the whole family to enjoy, and entertains the kids with a Drag Queen Story Time.

Other Philadelphia Pride events include the Philly Pride Run where participants have the option to run either 5K or 1.5 miles. Registration is open to anyone who is interested, and we know it will be a wonderful time! Finally, for our art fanatics, we highly suggest checking out Drexel University for the Stonewall @ 50 Exhibit, which will be open to the public in the months of June and July. “Stonewall @ 50” consists of over fifty local LGBTQ artists who are coming together to showcase a multimedia exhibit honoring the 52nd year since the Stonewall Riots. We’re excited to see all the creative installations these artists have been working on. 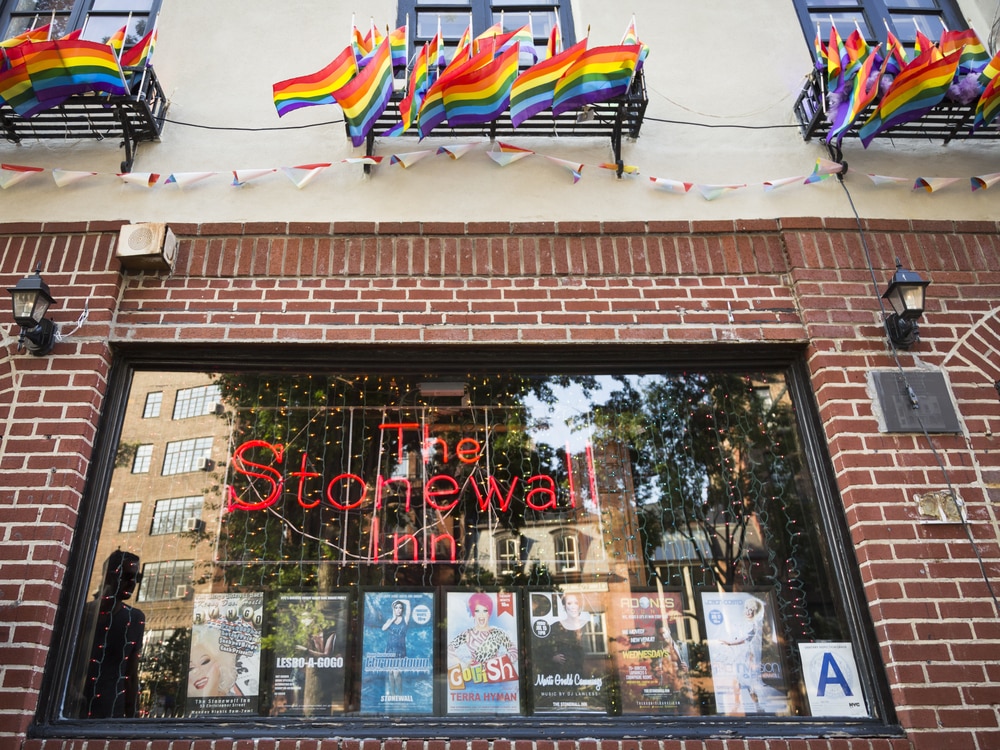 It’s not surprising that Philadelphia earns a spot as one of the most welcoming cities for LGBTQ folk considering they’ve officially dubbed a Philadelphian neighborhood, “The Gayborhood.” Don’t believe us? Look it up on Google Maps and see for yourself. The Gayborhood sits close to the city’s center where the William Way LGBT Community Center resides. This community center is a hub for all things LGBTQ-friendly in Philly.

In the Gayborhood, you will also find some of the best gay bars in the city, so keep reading for our Philadelphia Bar Hopping Guide. On South Camac Street, you’ll find Tavern on Camac, a piano bar with live music and nightly entertainment. Stop by to indulge in the happy hour specials and vibe out to the smooth sounds of the piano. A three minute walk up the street is Woody’s, a vibrant dance club for anyone in search of a wild night out.

There are many great things about the city of Portland, but what tops it all off is that it earned its title as the #1 LGBTQ-friendly city in the United States, aside from San Francisco. If you’re thinking of planning a trip anywhere this June, we highly recommend making your way to Portland. The city’s official Pride Parade and Festival will be held on the weekend of June 18th, from Saturday until Sunday. 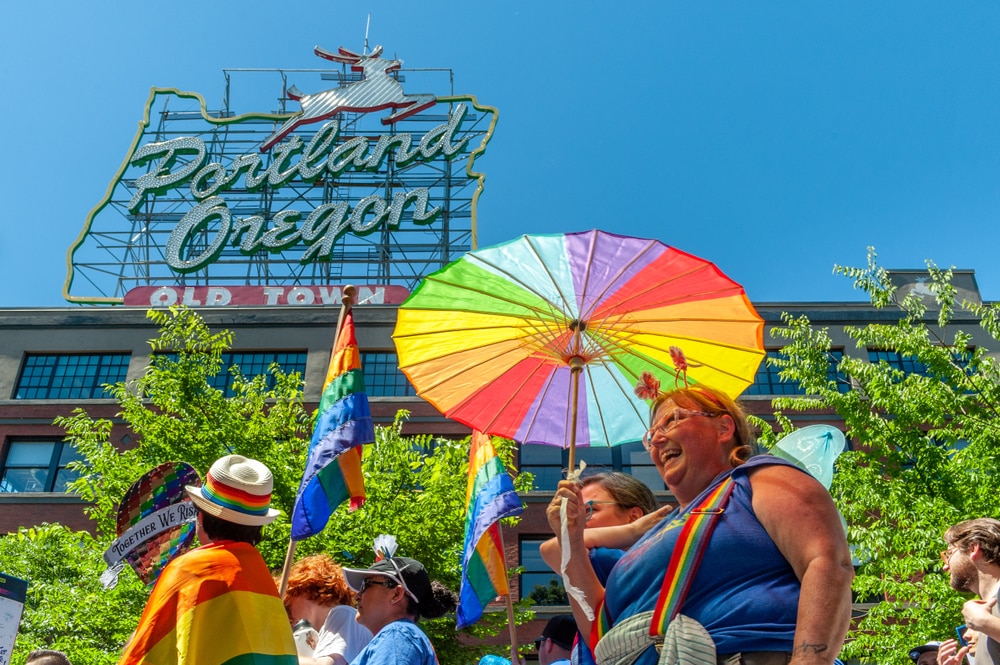 How Bout Some Film?

More exciting Portland Pride events include a free screening of Rocketman, a new biopic about the story of Elton John. The showing will be on Wednesday, June 12th at 6:30pm and although the special screening is free, attendees are required to RSVP here. There’s also usually a  three-day block party from June 14th to 16th, and it’s only fitting that the block party will be on Harvey Milk Street, rightfully named after the famed San Francisco gay rights activist.

Some Great Food, Drink, and Nightlife Options in Portland

With so many top rated bars and restaurants in the city of Portland alone, it can be tough to zone in on which spots to try out on your trip. We went on the hunt for the best LGBTQ-friendly hangouts in Portland, and here’s what we found: for a daytime rendezvous, you could visit Vendetta, an open-air bar and patio. For a nighttime adventure, we’re sure you’ll love Vault Cocktail Lounge’s seasonal house cocktails and Florida Room’s carefree energy. Make sure to read our helpful guide on all of Portland’s best food and drink options here. 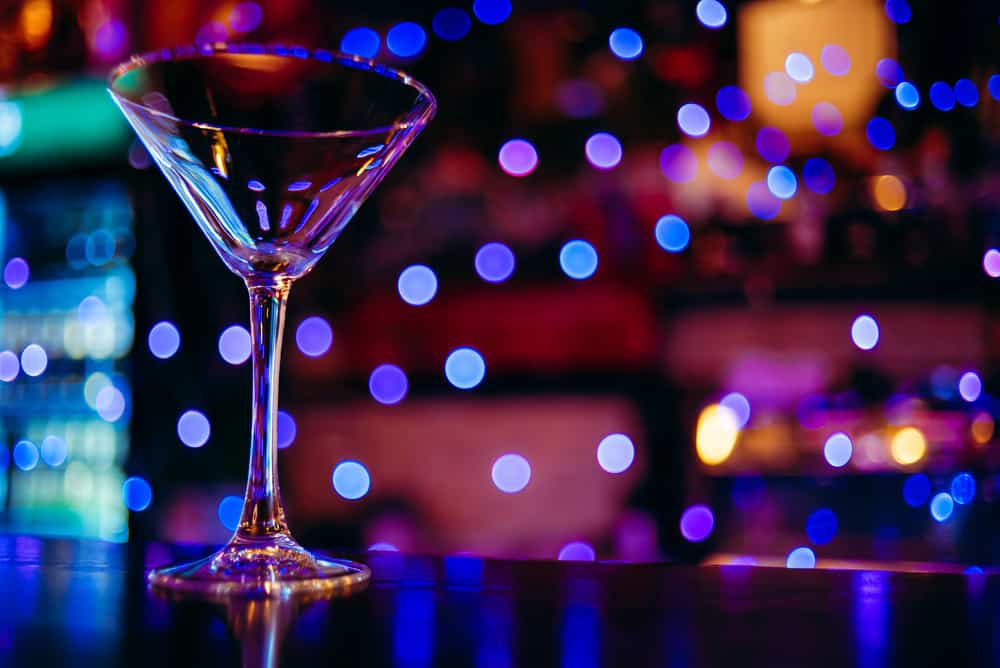 There is Even a Film Festival

You bet that Portland continues to celebrate the LGBTQ community even when Pride Month is over. To wrap up the summer, film lovers from all over the country will flock to Portland in September for its 25th Annual Queer Film Festival. This film festival features short films, documentaries and motion pictures produced by members of the queer community worldwide. As a plus, proceeds from the festival are donated to local charities for the betterment of the community.

VacationRenter Wishes You a Happy Pride!

Finding the best place to celebrate pride is in your court! We did the research and now it’s time for you to pick where to visit during this special time of the year. We hope everyone has a fun and safe Pride celebration. VacationRenter is grateful for our readers among the LGBTQ+ community.