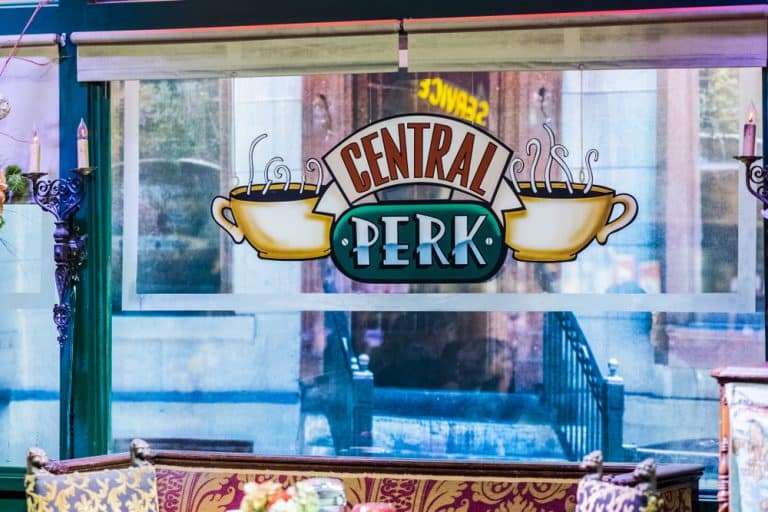 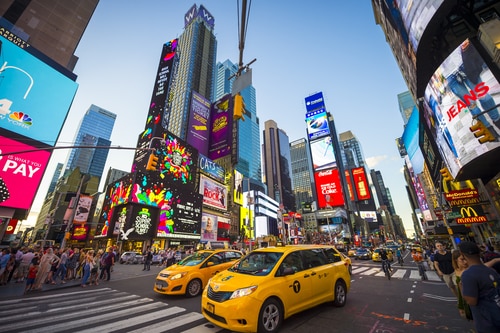 Whether you watched it unfold season to season, or enjoy its secure place in rerun land, it is undeniable that the NBC 90s sitcom “Friends” has forever cemented a slot in American pop culture. The show, which celebrates its 25th anniversary this year, followed six 20-somethings as they navigated life, love, and friendship in New York City, which is arguably the seventh friend on the show. In honor of the iconic sitcom, we’ve taken a look at a few places anyone can check out if they want to relive the adventure.

Of course, there is the Pulitzer Fountain, where the theme song was thought to be shot, the apartment at 90 Bedford Street, and Ugly Naked Guy’s apartment on 19 Grove Street. Meanwhile Pottery Barn has  introduced their own ‘Friends’ inspired collection that includes an apothecary table from the Days of Yore. Once you’ve secured an affordable place to stay, all you have to do is plot and discover. Here are a few more places in the city to relive the 90s glory like the Friends cast. 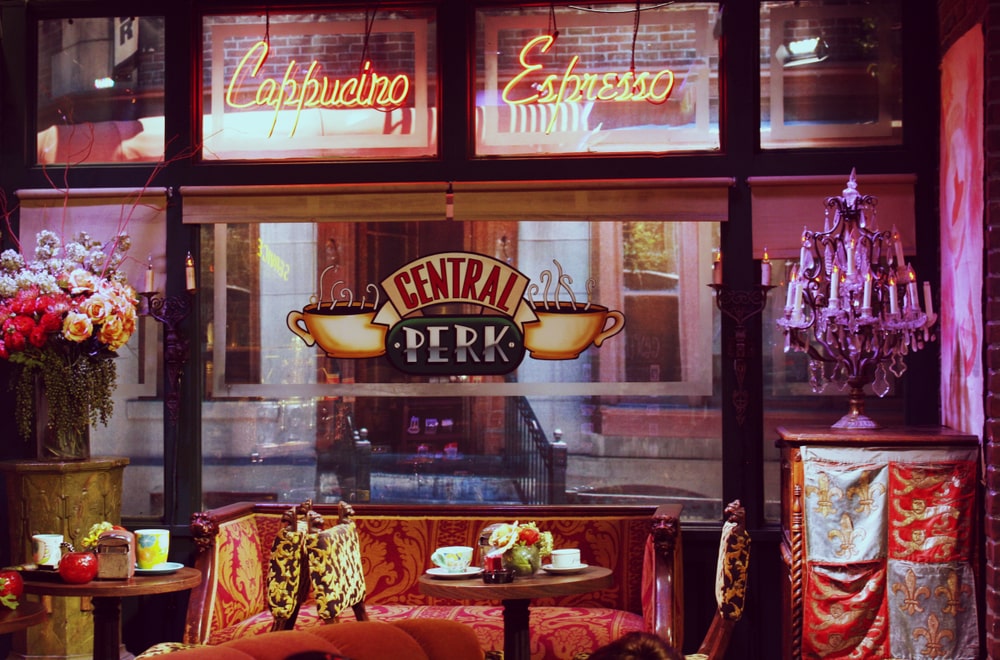 “The One With the Holiday Armadillo” (season 7, episode 10)

Unlike Ross’ unbelievable luck in this episode, it might be a tad tough to find an armadillo costume on such short notice. But that doesn’t mean there aren’t still plenty of unique boutiques and costume shops in the city to check out and dive into when it’s time to treasure hunt. For anyone seeking a thrift or vintage items fix, there are multiple locations for both Beacon’s Closet and Housing Works, which are bursting at the seams with classic and contemporary finds at bargain prices. Meanwhile, Halloween is a yearlong affair in the East Village at New York Costumes and Abracadabra, located in the West Village.

Best Rooftops for Dancing Like Joey and Mr. Treeger

“The One With The Ballroom Dancing” (season 4, episode 4)

When the weather warms, there is nothing better than taking the best of everything that can be found inside and bringing it to the city streets and rooftops. New York does not disappoint in this department courtesy of its bevvy of al fresco venues. For outdoor dancing and drinking, check out Nowadays, which offers up resident DJ sessions, drinks and bites. Over at Brooklyn’s Industry City, shopping and dining are also part of the package, dance parties included. Meanwhile, Jimmy at the James Hotel in New York’s trendy SoHo neighborhood offers dancing and cocktails alongside a rooftop pool and LeBain at the Standard Highline has a rooftop bar that is sure to please.

No sleep til Brooklyn? No Problem! Affordable rentals start here.

Best British Pub to get a Boddington

“The One With All the Boddingtons” (season 5, episode 2)

When the crew headed out to London for Ross’ cringeworthy ceremony and subsequent short-lived marriage to Emily, the local drink culture came to the rescue. It was impossible for them to hide their collective love of Boddington’s, a brew that hails from Manchester, which was on full display. Although New York is home to British Pubs that keep the vibe going, getting an actual Boddington’s in an actual British Pub is simple enough, but Irish and Scottish pubs also serve it up. For a British pub vibe, however, you can’t go wrong with Carragher’s, The Shakespeare, The Churchill Tavern, or Cock & Bull.

It’s a romantic, artistic tale as old as time: aspiring singer-songwriter seeks a New York City coffeehouse to play an open mic in the hopes of becoming the next Joni Mitchell or Bob Dylan. On the show Friends, the fictional Central Perk played host to those artistic dreams, and in the actual West Village of New York, coffee houses continue to enjoy a run. And who knows, you might even hear a Phoebe Buffet hopefully crooning “Smelly Cat” while you sip your brew.

Best Spot for a Morning Run

What fan hasn’t seen the hilarious episode where Phoebe and Rachel attempt to run together in iconic Central Park with some pretty colorful moves? Central Park, which serves as the finish line each year during the New York  City Marathon, is a favorite spot for runners, bikers, and skaters alike, who seek out its pathways and trails, including around the Reservoir. Central Park is also home to fields for soccer and ultimate frisbee and basketball courts. Baseball fans are also in luck, thanks to multiple baseball fields, and in the winter, ice enthusiasts can get their skate on one of its two ice rinks.

Aspiring actor friend Joey Tribiani certainly enjoyed his fair share of hilarious auditions and roles over the years. One location where he took to the stage for Freud and Boxing Day, is the Lucille Lortel Theatre, which has deep community roots. Located at 121 Christopher Street in the West Village, the theatre has billed itself as a premiere off-Broadway location since 1955. The theatre is steeped in community works and advocacy, in addition to putting on fantastic shows that often feature A-list cast-mates. 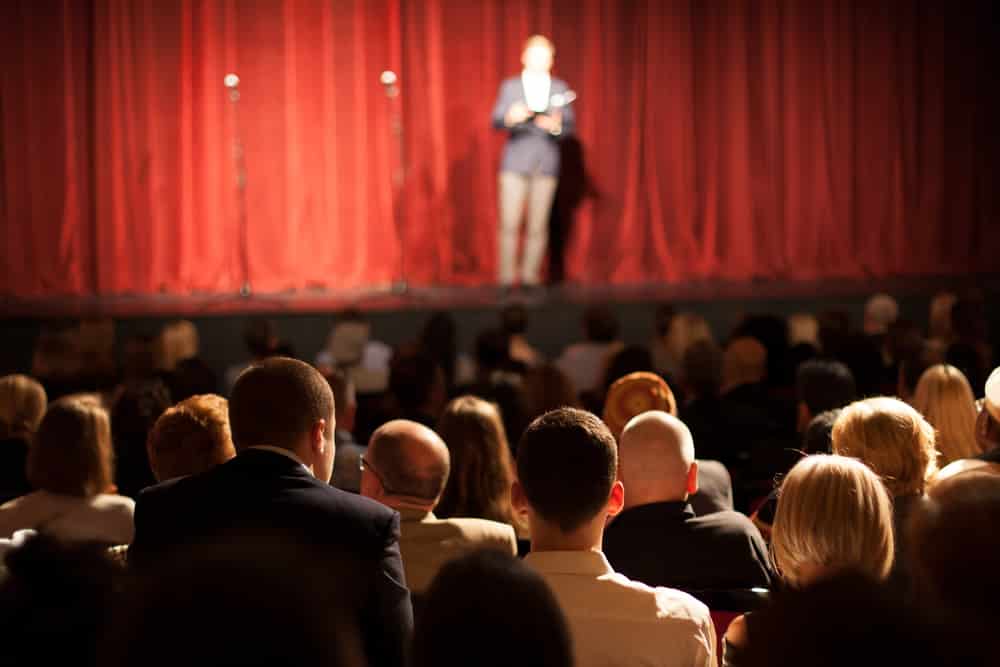 Paleontologist Ross Geller worked for the fictional New York Museum of Prehistoric History, inspired by the actual  American Museum of Natural History in Central Park. While it might seem like a more kid and scientist centric adventure, the museum has still got you covered with events that go past bedtime, including nature walks, courses, lectures and festivals. One popular event, Dinos After Dark, bills itself as an opportunity for grown up patrons to take a stroll among the historic and lovely bones with adult beverages in hand.

Ready to book an affordable stay in New York City with your friends? Look no further.