Orlando Travel Tips For Every Season 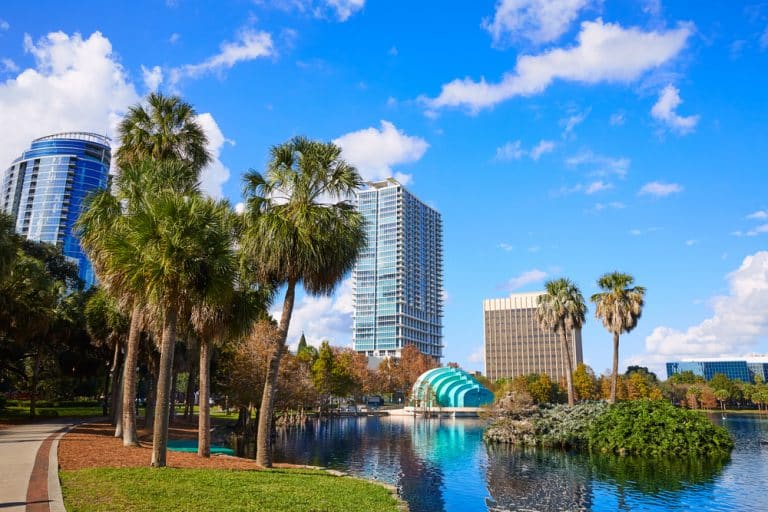 Summer, fall, winter, spring — some say there’s never a bad time to visit Orlando, Florida. After all, it’s one of the top family vacation destinations in the entire world. It’s home to theme parks and dozens of other attractions, as well a booming nightlife and more shopping and dining than you can possibly pack into one week. But while anytime is the best time to visit Orlando, some people may prefer certain seasons over others. In general, that decision comes down to the weather, the size of the crowds at the theme parks, how easy it is to book a place to stay and what kind of events are going on in town.

At first glance, summer may seem like the ideal time to visit Orlando, and for many people it may be. After all, the kids are out of school for a while so there’s no need to plan around weekends and holidays. However, almost everyone else with young children has the same idea, so things tend to get crowded fast. People traveling in summer need to book plane tickets, hotel rooms and other lodging, theme park tickets and dinner reservations well in advance to ensure they get what they want. You may also want to check for discounts. Because this is the city’s high season, prices are going to be a little more inflated.

Another thing to consider during the summer is the temperature. The average highs from June to August typically hover in the 80s and 90s with humidity that can make it feel much warmer. While Floridians and other people from warmer climates may be used to this, it can be a shock to the system for those who aren’t. Luckily, there are several ways to cool down in Orlando during those hot summer months. There is always the opportunity to find rental homes near Orlando with private pools. Most of the hotels and resorts have pools and splash pads, as well. There are several malls to duck into when it gets too hot, and most summer afternoons a little rain shower will pass through. If all else fails, the beach is just over an hour away.

Florida is a thin state with miles and miles of beachy coastline, and a lot of visitors assume that they’ll be able to find a beach house rental in Orlando that lets them enjoy waves in the morning and theme park activities in the afternoon. Unfortunately, it’s not quite this simple — Orlando is located inland from the coast, and the drive from nearby oceanside resorts like Cocoa Beach isn’t exactly fast enough to allow for quick trips to the parks.

Fall in Orlando can be warm or cool, depending on the day, but for the most part, you won’t experience days nearly as hot and humid as you would during the summer. However, hurricane season, which technically starts during the summer, usually switches into high gear during the fall. This can put a damper on any well-planned trip, literally. Be sure to book with companies that offer a refund just in case. Temperatures may range from the 50s up to 80s.

On a positive note, the crowds die down a bit since kids are usually back in school, and that means prices drop a little, too. It’s much cheaper to pay for places to stay and tickets to the theme parks in November than it is July. Just be sure to do it before Thanksgiving, as the holiday festivities — and vacations — start up around this time, and the crowds start to filter back into town.

Winter may very well be the best time to visit Orlando, if you go after the holiday season. Christmas is a big time, especially at Disney World, but once January hits, everyone returns home to work and school. Even better, some of the holiday festivities may last into January, so you can enjoy them without a million other people hanging around. The weather is also much milder in January and February. There may even be days when you need a jacket, though average temperatures typically stay in the 70s.

Some exciting events are held this time of year, like the Walt Disney World Marathon and the Downtown Food and Wine Fest, but if you plan carefully, you can still avoid the crowds. Just avoid the week of President’s Day, as it can look like spring break at times. This is also the best time of year to snag some excellent deals. Whether you’re looking for Orlando rentals with pools or hotels right at Walt Disney World, you’ll find it for a much lower rate than you would during the peak times of year, like summer, spring break and Christmas. It’s also cheaper to fly, and many of the parks offer discounts, though be aware that some of them shut a few rides down at this time for maintenance, so you may not have access to everything you do during the spring, summer and fall.

Orlando in the Spring

Next to summer, spring is the most popular time to visit Orlando, especially when kids are out of school for spring break. Keep in mind that this is usually a few weeks before and a few weeks after the Easter holiday, or the first few weeks of April. If you can manage to skip the spring break rush, spring may actually be a decent time crowd-wise. There aren’t nearly as many people in town as there are during the summer, and the weather is actually really beautiful with little rain and average temperatures in the 60s, 70s and low 80s with little humidity.

Best of all, some of the discounts from January and February may hold over into the spring, so it’s highly likely that you can still get a good deal on lodging and tickets to attractions. By Memorial Day weekend, the crowds really start to ramp up, so be sure to get in ahead of that holiday weekend.

Orlando has multiple peak seasons, and they tend to coincide with any major school breaks. Spring, summer and Christmas breaks are all popular times for families to visit. If you’re planning on traveling with kids, you may want to consider taking some time off from school to make the trip less hectic and reduce time spent waiting in line for rides.

Given both weather and crowds, the months of January (after winter break concludes) through March (before spring break starts) are a good choice, as are September and October. Special theme park events may not be as common during these off-season times, but admission, lodging and airfare prices are typically lower.