Plan a Trendy Vacation With a Baltimore Tourist Guide 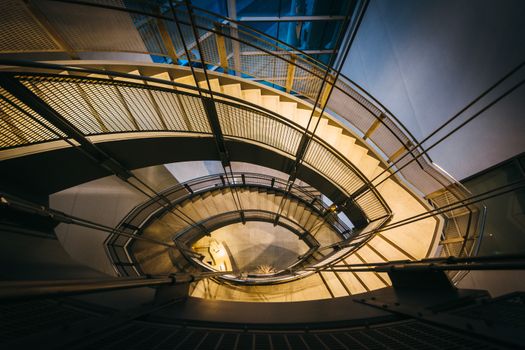 A vacation in Baltimore can be a delightful combination of entertainment and education thanks to the many historic things to do in Baltimore. Even with its proximity to Washington, D.C., Baltimore is a sizable metropolitan area. Use this helpful Baltimore tourist guide as you plan your vacation itinerary in this eclectic city of neighborhoods.

The museums in Baltimore would be enough to keep you busy for days, so it’s wise to check out at least a few during your stay. The Walters Art Museum offers free admission to explore the many art exhibits on display. The B&O Railroad Museum is a must-see excursion for any train buffs in your group. This museum has one of the largest exhibits of trains and other railroad items on display. The Port Discovery Children’s Museum is an ideal place to take the kids for a day of interactive exploration. The exhibits and programs are always changing at the museum, so it will always be a new and fresh experience.

A Day at the Zoo

The Maryland Zoo in Baltimore would be an unforgettable way to spend the day. A wide assortment of animals call the Maryland Zoo home, including the white rhinoceros, African elephant and lion, arctic fox, cheetah, brown bear, plains zebra, polar bear and pygmy goat. The zoo hosts a number of event series on a regular basis, such as breakfast with the animals, where the wild things art, penguin feeding and insider guided tours.

Fell’s Point is a waterfront neighborhood that’s full of historic buildings, quaint shops and delicious restaurants. A farmers’ market sets up at Fell’s Point during the summer months, and live musical performances are also common during this season. An adventure cruise on a pirate ship is also something the family might like to try. This interactive cruise teaches guests how to talk, sing and dance like pirates while cruising around the harbor.

The Fort McHenry National Monument in Baltimore earned recognition for the role it played for the United States during the War of 1812. This fort served to protect the Baltimore Harbor from invasion by the British Royal Navy. This battle served as the inspiration for Francis Scott Key to write the lyrics to what became the U.S.’s national anthem, “The Star-Spangled Banner.” Baltimore is also home to several other monuments that are worth a visit, including the Washington Monument to honor George Washington, the Pride of Baltimore memorial erected to honor this ship and four crew members who were lost at sea in 1986 and the Francis Scott Key Monument. These and other Baltimore tourist attractions virtually guarantee that your vacation will be full of exciting and memorable activities. Pack as much as you can into your visit to Baltimore by staying at a local vacation rental.