Plan An Orlando Vacation On Your Next Holiday Break 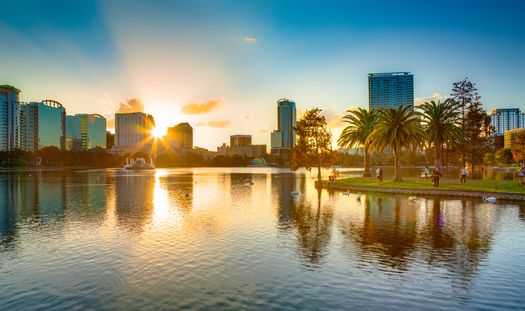 What better way to spend your little one’s next holiday break than to and take a trip to Orlando? No matter which holiday you’re celebrating, you’ll find plenty of activities to do and places to visit in Orlando that the whole family will enjoy.

When you need a break from freezing temperatures and gray winter days, Orlando is your place to escape. Known for its wide selection of theme parks pleasant weather, a trip to Florida is exactly what need to make it through the rest of winter.

Christmas in Disney World
Every year, the Magic Castle is the place to be to see Mickey’s Very Merry Christmas Party. There are so many other festivities going on too so that Young and older kids alike can get caught up in the festive atmosphere: Jingle Bell, Jingle BAM! and more. You may even catch the filming of a Christmas special or two with your favorite celebs. Book early because vacation villas near Disney World go fast in December.

Theme parks are transformed into winter wonderlands even when it’s sunny, with streets covered in ‘snow,’ sparkling Christmas lights, Christmas trees and decorations. For a different twist on Christmas, go to Universal’s Island of Adventure to see what Grinchmas looks like.

If you’re not in downtown Orlando early enough to see the Christmas Tree Lighting Celebration, you can still watch the nightly synchronized music and light show at Lake Eola Park. Kids get the chance to meet Santa at The Mall at Millenia and visit the petting zoo at Bethlehem Village. Watch the Singing Christmas Trees performances at First Baptist Orlando and go ice skating nearby in Winter Park’s West Meadow.

New Years Eve in Downtown Orlando
Celebrate with the locals in downtown Orlando. Join the party in the Church Street District and watch the ‘Big Orange’ drop at midnight, accompanied by images on the video wall and booming music from the DJs. The Wall St. Plaza complex has a host of bars and clubs to keep you entertained. For more family oriented fun, the theme parks welcome in the new year with countdown celebrations and spectacular fireworks displays.

Dance the night away on the largest dance floor in Orlando at EVE at Universal CityWalk and enjoy gourmet cuisine while listening to live music in the six party zones. The Disney resorts offer various parties catering to kids or adults, so everyone gets a chance to celebrate exactly how they want to.

January Activities In Orlando
One advantage of Florida’s semi-tropical climate is the mild winter weather, so the water parks in the area stay open year-round. There are some scheduled closures for routine maintenance, but at least one park is always open, even in the winter.

You can also spend your entire vacation in just one section of Walt Disney World, Universal Studios or Sea World. Head over to Old Town in Kissimmee to stroll the main street lined with shops and restaurants and ride vintage-style carnival rides. Wander through the exhibits of ice sculptures and slides at Gaylord Palms. Enjoy cultural events scattered around the greater Orlando area.

Walt Disney World Marathon
The annual Walt Disney World marathon is a big event that takes place every year in January. The race runs through the Magic Kingdom, as well as the Animal Kingdom, Hollywood Studios and Epcot. If you’re not up for a marathon, try the 5k and some of the other healthy events that take place through the park at this time.

Halloween in Florida
Have a spooktacular Halloween holiday in Orlando. LEGOLAND Florida Resort puts on a Brick or Treat event where your kids can find LEGO creatures on the scavenger hunt, go trick-or-treating along the brick-or-treat trail, enter the costume contest and see giant models, such as the world’s largest jack-o’-lantern made of LEGO pieces.

Wear frighteningly good costumes and head to the Central Florida Zoo and Botanical Gardens to have your photos taken in a pumpkin patch and enjoy a haunted hayride. In these wild surroundings, your kids enjoy trick-or-treating as part of the Zoo Boo Bash. For something a little more terrifying, tour haunted houses, go on thrilling rides and shriek at the street experiences in Universal Studios Florida. Quench your thirst, take a ‘blood shower’ and watch a performance at DRIP’s Underground Vampire Bar on International Drive. Throughout October, there are all sorts of exciting fall festivities going on, but a favorite is Mickey’s Not-So-Scary Halloween Party, which includes trick-or-treating, costumes, fireworks, parades and much more. Just be aware that it’s hurricane season, and the weather, while generally nice this time of year, is subject to change.

Thanksgiving in Orlando
Instead of spending the Thanksgiving holiday at home, take a family vacation to Orlando. Dine out in style and enjoy being waited on instead of cooking up a feast in your own kitchen. Opt for regular menus or choose special Thanksgiving menus with food that’s specially chosen for the holiday. Wash the meal down with festive drinks and admire the themed decorations.

Kids enjoy being entertained with themed activities, including getting their faces painted, watching balloon artists and meeting their favorite characters in the theme parks. Take advantage of the sales at the retail outlets or boutique stores. Watch street parades and take in a show, such as the Sleuths Mystery Dinner Show on International Drive or the Blue Man Group at Universal City Walk.

Spring Time In The Southside

Mardi Gras Near Disney World
You may think of New Orleans when you think of Mardi Gras, but Disney has its own fun Fat Tuesday scene. Head to Port Orleans Resort for a Mardi Gras parade you won’t soon forget, with floats and golf carts decorated by cast members. A few of your favorite characters may even show up. Best of all, Disney trips are cheaper this time of year.

Easter Egg Hunting Around The Park

For many people, the Easter holiday marks the start or end of spring break, which means the park is pretty crowded through the month of April. However, if you and your children want to brave those crowds, the weather is gorgeous. Kids can meet Mr. and Mrs. Easter Bunny, take part in egg hunts and enjoy special meals.

Earth Day may not be the first thing that comes to mind when you think of Disney adventure, but it’s actually a fun time to stay in a rental home in Orlando. Both Epcot and the Animal Kingdom offer special events that give guests an up-close-and-personal look at some of the animals. It’s also a great way to learn about conservation.

For a spring event that’s 100 percent Disney, a trip to the park on Dapper Day is a must. Generally held in late April, guests forego their usually shorts and sneakers and visit the park in their Sunday best and elegant outfits inspired by original illustrations of the park. While the event is not Disney-sponsored, many people do take part.

Fourth of July with Disney
Summer is an exciting time at Disney. With kids out of school, there are no limits on how long or late to stay in Orlando. It’s hot, but many hotels and vacation rentals near Disney World have pools for a little afternoon cool-down. Best of all, if you go on the 4th of July, you can witness one of the park’s spectacular fireworks displays.