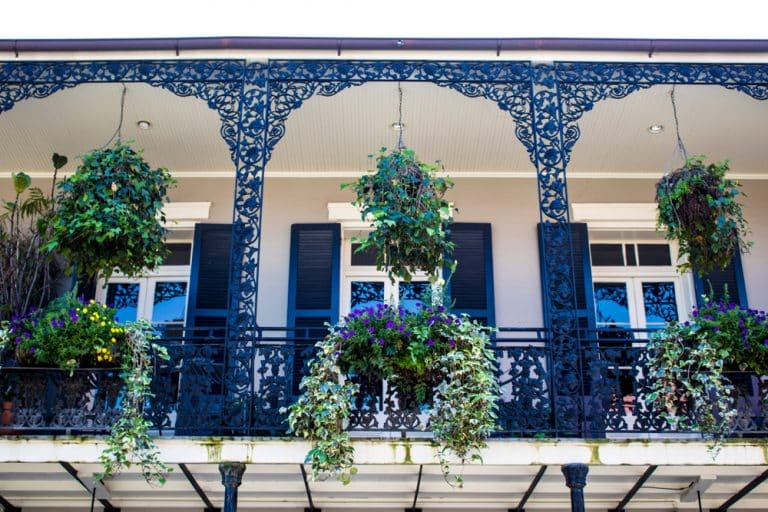 When planning a trip to New Orleans, consider the type of vacation you’re taking, such as a family vacation, a romantic couple’s break or a fun getaway with friends. This determines which neighborhood is best suited for your vacation rental. Choose from historic and cultural districts, areas close to major attractions for kids, recommended shopping areas, busy nightlife spots for adults and green spaces for outdoor relaxation.

Established in 1718, the city’s oldest neighborhood is filled with historic buildings and is itself a National Historic Landmark. Jackson Square, which overlooks the Mississippi River, lies at the center of the French Quarter. It’s surrounded by museums, art galleries, restaurants, cafés and famous buildings, such as the St. Louis Cathedral.

Admire the blend of Spanish, American, Creole and French architecture and see the buildings up close when you take a home tour. When choosing party rentals in New Orleans, make sure you’re close to the nightlife in Bourbon Street, which is filled with live music bars.

Watch a demonstration at the New Orleans Glassworks and Printmaking Studio or take part in a mini-workshop to blow glass and learn about glass and printmaking. Audubon Nature Institute can make for a fun trip for the entire family. This vast area includes a zoo, a butterfly garden and insectarium, an aquarium, an IMAX theater, research centers for endangered species and species survival, as well as a wilderness park and a riverfront park.

The Lakeview neighborhood includes Lakeview, West End, Lakewood and Navarre. Originally owned by an order of priests called the Capuchins, the area was sold to Don Almonester y Roxas when New Orleans was under Spanish rule. This led to the rebuilding of the St. Louis Cathedral and the construction of the famous Pontalba Apartment in Jackson Square.

Enjoy a family barbecue by Lake Pontchartrain and visit one of the country’s oldest urban parks, City Park. There you can explore the New Orleans Botanical Garden, visit the New Orleans Museum of Art and play a round of golf or game of tennis. Kids love Storyland and the Train Garden.

Culture vultures should head to the contemporary Arts District, which is also known as the Warehouse District. The former industrial area is now thriving with numerous art galleries, museums, music venues and restaurants. Be sure to explore the National World War II Museum, where you can take a tour given by a war veteran.

Other popular museums include the Children’s Museum and Louisiana’s Civil War Museum. You can also find entertainment at the 10,000-square-foot Contemporary Arts Center, which includes music, dance performances and cutting-edge artwork.

Despite being a short ferry ride from the hectic downtown area, Algiers has a much more leisurely pace. This is home to the Jazz Walk of Fame, which honors New Orleans’ musical legends. Enjoy a picnic, go biking or take a leisurely walk along the three-mile riverfront stretch.