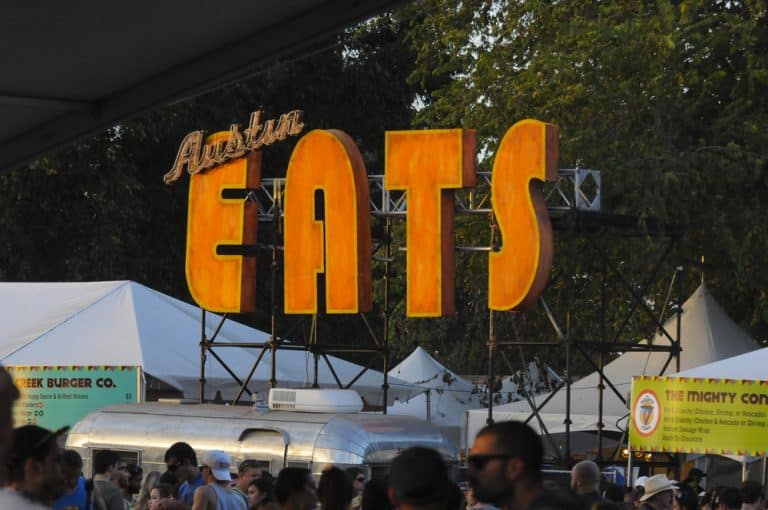 Now that summer is here, warmer weather means smoked meats and happy eats. Visitors to Austin, TX may likely be overwhelmed with the many barbecue options this city has to offer. To help you decide where to go, we’ve compiled a mini list of the 4 best Austin BBQ joints, as well as a few recommendations in other BBQ destination cities. Let’s see what the Bat City has hiding up its sleeve. 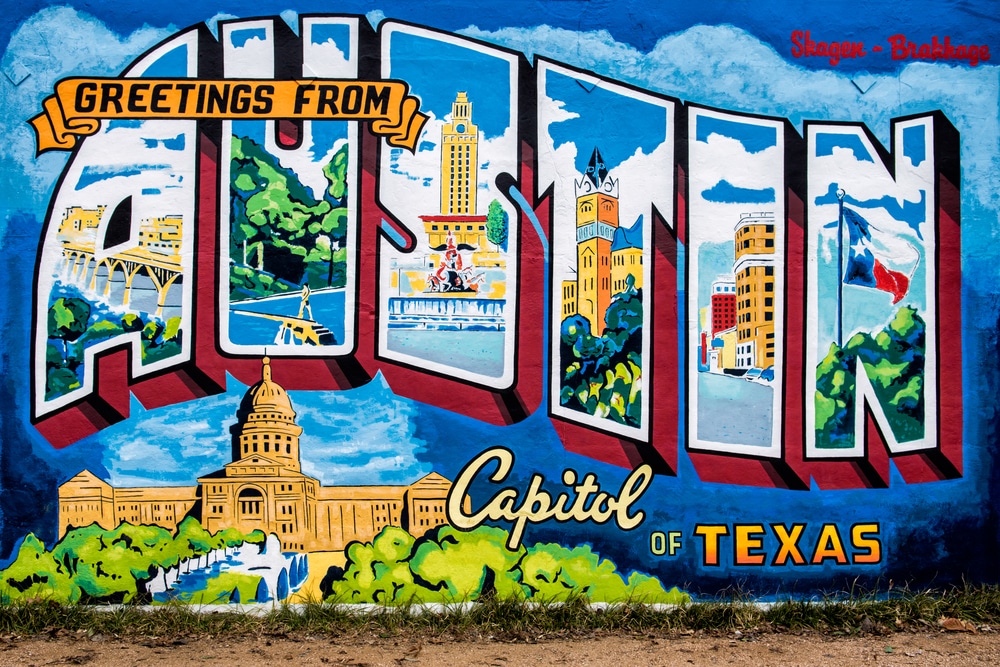 It’s hard to plan a trip to Austin without thinking about BBQ, and when we think BBQ, we think Terry Black’s. After learning his pit skills in the Lockhart BBQ scene, Terry Black passed his wealth of knowledge down to his twin sons, Mark and Michael, who run this Austin BBQ joint today. Their mouth watering menu has all the BBQ standards you’ve grown to expect. Their thick-sliced Brisket pulls apart easily with the lightest touch of your fork. Their meats are perfectly complemented by the delicious mac & cheese, coleslaw, or one of the many other side options. A personal favorite for us is the famous banana pudding, no meal is complete without an order.

After you eat, meander over to Butler Metro Park and take in the views of the market district across the Colorado River. The park offers well-manicured greens and a lovely hike and bike trail by the river. If you bring your little ones along, they can cool off in the park’s Splash Pad.

There is no better testament to a BBQ joint than a sign on the door that says “Sorry, Sold Out! Come Back Soon”. Franklin Barbecue is known to fly that sign quite frequently. Aaron and Stacy Franklin have been smoking their meat for the masses since 2009 when they first opened their BBQ trailer on the side of an Austin highway. Popular demand caused them to quickly move into a brick and mortar jaunt so they could serve more and more of the brisket fiends begging at their doorstep. Aaron Franklin was inducted to the American Royal Barbecue Hall of Fame in 2020, for reasons that are quite apparent to anyone who has tasted his smoked creations. When you go in for a visit, we highly recommend taking home a bottle or five of their barbecue sauce, so you can step up your own bbq game back at home. 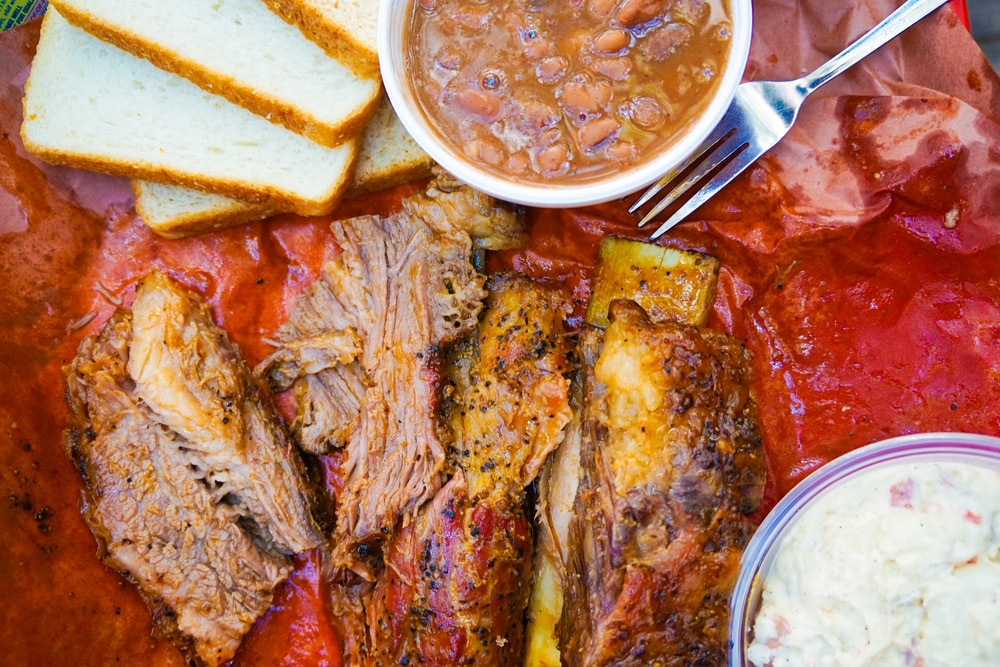 This spot is a perfect stop before or after checking out the George Washington Carver Museum. The Museum strives to provide a space where the contributions of Black People all over the world can be exhibited, to preserve Black culture and history.

While we’re still on the subject of Aaron Franklin, we might as well talk about Loro Asian Smokehouse. The barbecue lovechild of Franklin, and renowned chef Tyson Cole, creator of Uchi, a huge name in creative Asian fine dining. This restaurant offers an incredibly unique Asian spin on Texas style barbecue, with flavors to excite lovers of both cuisines. With an amazing cocktail list to boot, this restaurant is not one to overlook. We can’t recommend highly enough the Char Siew Pork Belly, crisped to perfection, paired with a Mango Sake Slushy to wash everything down.

While going out to a BBQ restaurant is nice, sometimes you aren’t ready to eat your messy meal with the prying eyes of others. So why not grab some take-out from Brown’s Bar-b-cue trailer. You can eat your meal a few blocks down in Ricky Guerrero Park, or take it back to your rental or hotel. Brown’s offers some of the best melt-in-your-mouth BBQ ribs that have won a handful of local awards. Their brisket and pulled pork definitely don’t slouch either. The homemade potato salad and vinegar coleslaw are the perfect accouterment to whichever main course you select.

Right around the corner from here you’ll find The Austin Beer Garden Brewing Co. the perfect spot to grab a nice local brew to wash down that tasty meal. They won Brewpub of the Year three years in a row, and have a live band playing every Saturday night.

A Few Other Cities Worth Noting

In case you aren’t in the Austin area, we thought we’d give you a few tips for some other fantastic BBQ destinations. Every region has their own style when it comes to barbecue, so be prepared for some different flavors, and a variety of other side dishes. Let’s see what’s out there! 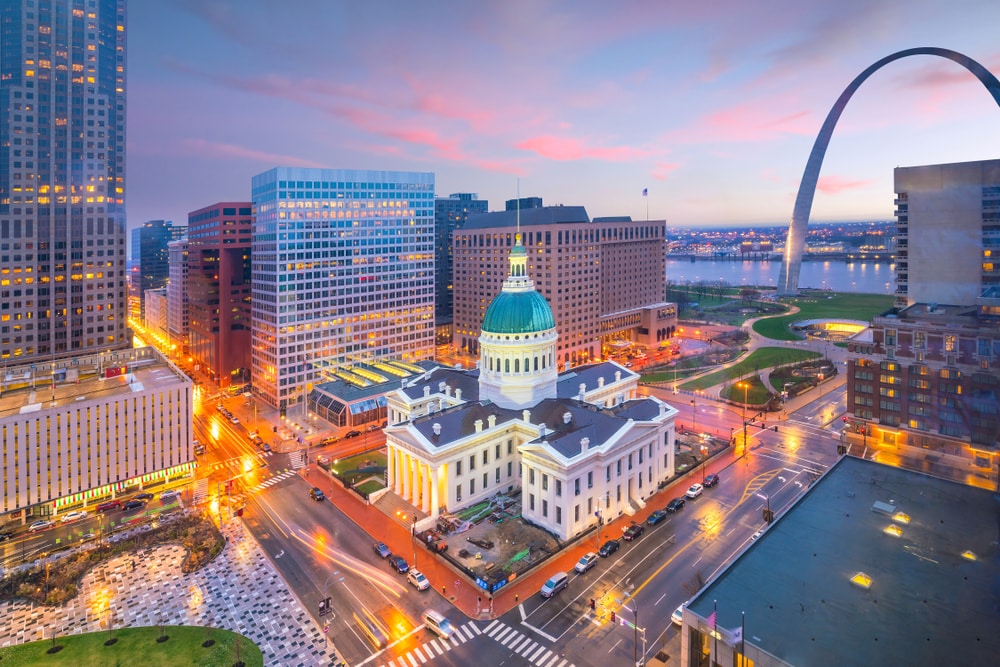 Nestled along the Mississippi River, St. Louis is known for its 630-foot Gateway Arch, blues music, and of course, it’s a destination-worthy take on BBQ. For a taste of modern St. Louis ‘cue, head to A Fine Swine, where Pitmaster David Stidham has been creating a buzz and lining a trophy shelf with awards for years. Their Championship Pulled Pork and Competition Ribs will make your mouth water before you eat. 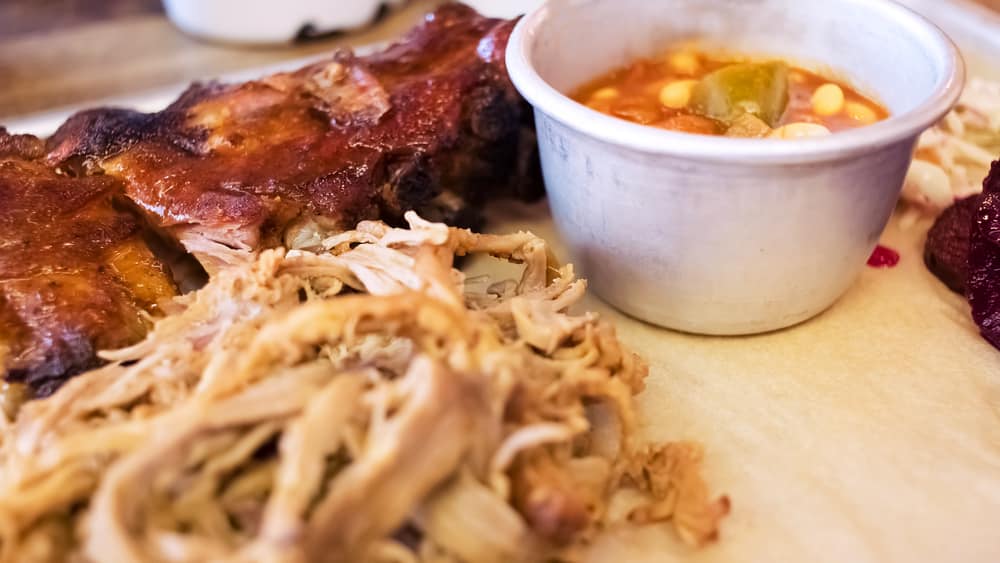 For a taste of traditional St. Louis, try Pappy’s Smokehouse for simmering, slow-cooked ribs that have become a staple for locals and travelers alike.

To view the sights, you can hop on a riverboat to see the world-famous arch from a unique angle or wander through the Missouri Botanical Garden. For beers and cocktails, head downtown and check out The Crack Fox for a colorful atmosphere. 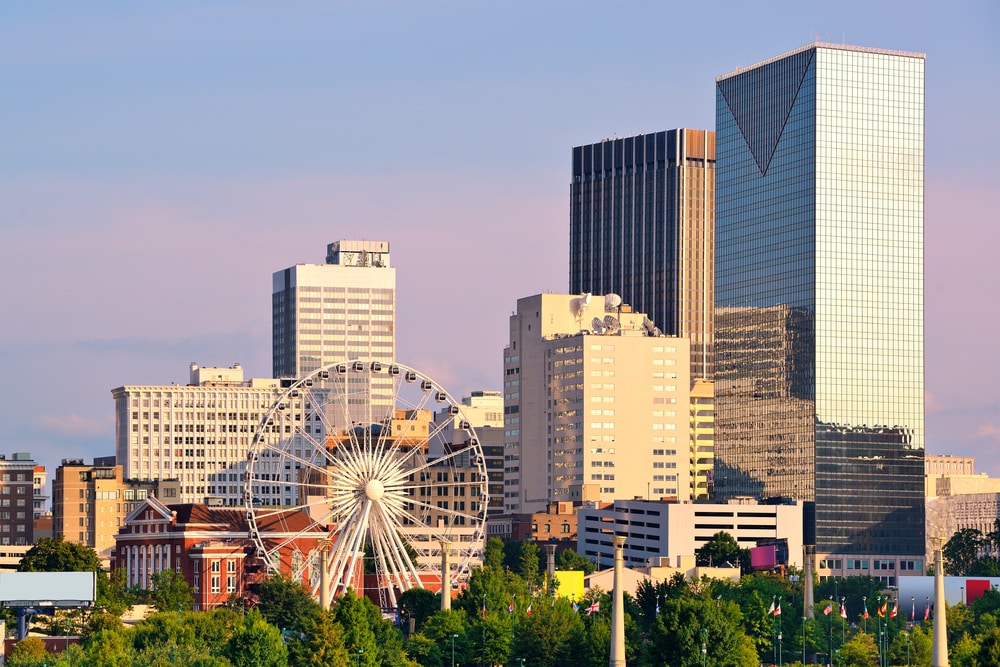 Atlanta’s sizzling BBQ scene has been around from the beginning, pulling together different traditions and techniques to help define what melt-in-your-mouth BBQ really means. For a truly exceptional BBQ experience, order the brisket and the “Redneck Lasagna” (a generous serving of macaroni and cheese topped with a homemade Brunswick stew) from Dave Poe’s BBQ. Over the past few decades, Atlanta’s BBQ has integrated diversity into its cuisine by adding new flavors to old classics. Visit Heirloom Market BBQ which brings together the Korean and Texan backgrounds of husband-and-wife owners Jiyeon Lee and Cody Taylor. For the perfect spicy blend, try their gochujang-rubbed ribs paired with seasonal sides. 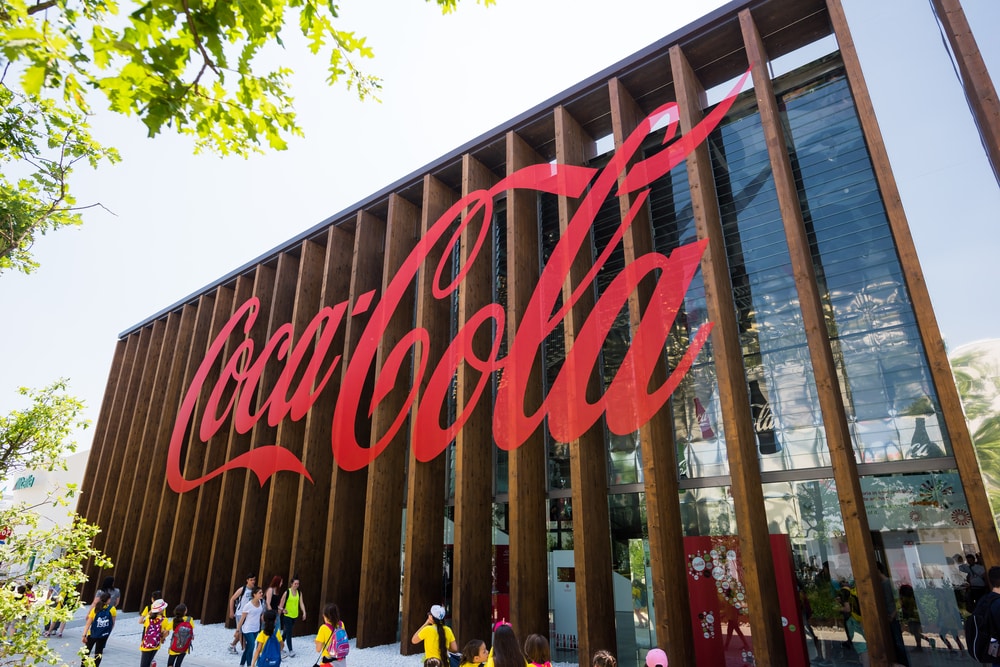 After, check out the Georgia Aquarium, home to over 120,000 marine animals, or take a tour in the World of Coca-Cola Museum to see where one of America’s favorite beverages began. If you’re looking for some after-dinner drinks, try the Red Phone Booth for an Atlanta Prohibition experience or the Skylounge for a spectacular view of the downtown skyline. 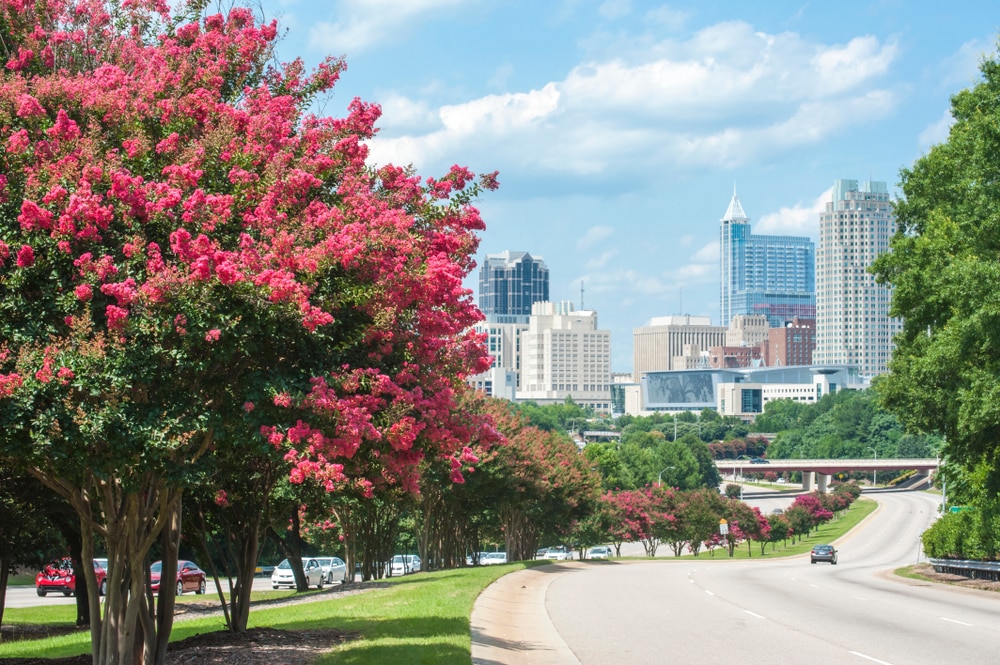 North Carolina’s capital city is an ideal summer getaway,  artisan craft beers, bumping bluegrass festivals, and passionate minds hard at work in and around North Carolina State University. Raleigh is colloquially known as the heart of barbecue country, with slow-cooked pulled pork as good smothered in sauce as it is plain out of the oven. 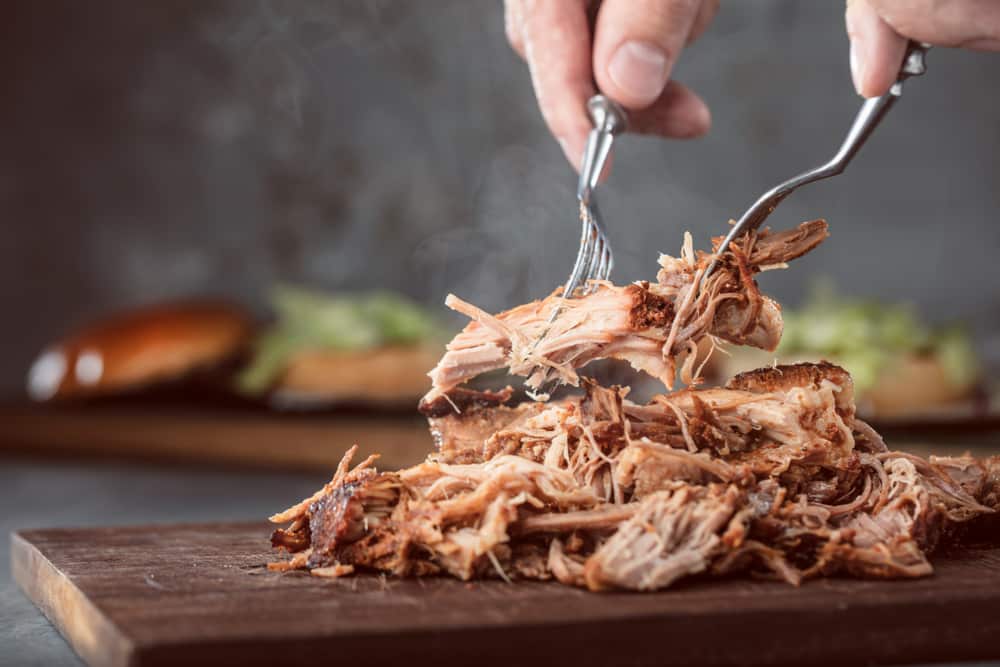 Allen & Son cooks up pork traditionally, over seasoned hickory and oak, and serves it with a generous side of hushpuppies, which are worth the trip alone. Clyde Cooper’s Barbeque has been around since 1938, exclusively cooking up BBQ with wood and slathering it in their homemade sauce. Or track down Daddy Bob’s Barbeque, a food truck on the move that slow-smokes its pork shoulders with hickory, apple, and pecan for 12 hours.

To see a different side of the city, visit the North Carolina Museum of Natural Sciences, which carries over 25 regional exhibits. After, try to walk off the food coma with a scenic stroll through the campus of North Carolina State University. For nightlife, try the C. Grace Speakeasy for the best local spins on classic cocktails and craft brews.

The BBQ Options Are Endless

Barbecue is a traditional form of cooking all throughout the Southern and Central United States. With each area forming their own special style, it’s impossible to say which is the very best. Wherever you decide to go, make sure your trip is an experience you won’t forget. VacationRenter is here to help you book a stay and plan the best trip possible.