Visiting San Francisco | A Local Guide for Outside Lands 2019 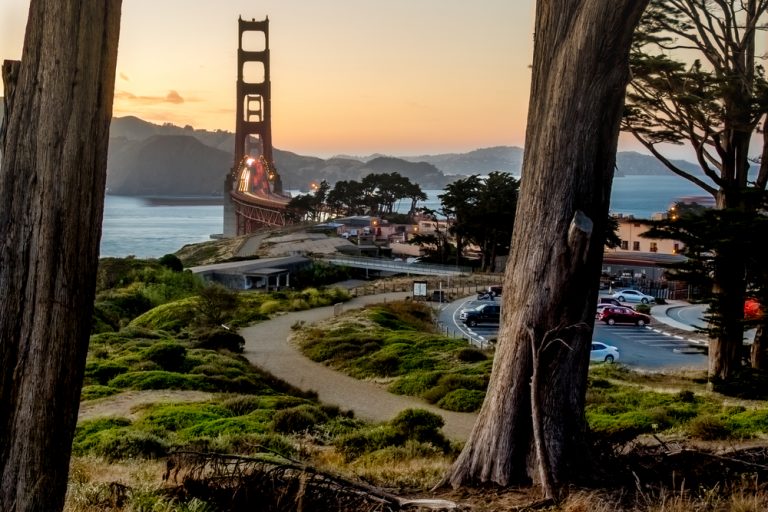 We’re just a couple weeks away from San Francisco’s highly anticipated music festival of the summer. This year, Outside Lands, a three-day festival traditionally held inside Golden Gate Park, will run on the weekend of August 9th to 11th. If you’re planning to pay a visit to the City by the Bay during this eventful time, we’ve got everything you need to make sure you make the most out of your trip.

Starting with the most important question: have you gotten your tickets yet? Like most festivals, Outside Lands gives you the option of purchasing 3-day passes priced at $385, or single day tickets for $155. The best way to determine which ticket option to go with is to ask yourself who you want to see. Scan the lineup below to see if you’d rather purchase a single day ticket or a weekend pass!

If you’re a Bay Area local with a tight budget, have you ever considered volunteering at Outside Lands? Volunteering allows you to work two six-hour shifts at the festival, and then grants you festival access to attend a day and a half for free. If you ask us, that’s a pretty good deal. You can even coordinate a team name with your friends so you can request to volunteer together. If you don’t have any plans for that weekend, this might be a great budget-friendly option for you to be able to see some of your favorite artists.

For those of you who aren’t from the Bay Area, finding a place to stay near the festival is optimal. There is no designated parking lot at the festival and street parking in San Francisco is limited. With that being said, your best option is to find a vacation rental within walking distance of Golden Gate Park. The best neighborhoods to find a rental are the Richmond District and the Sunset District.

Alternatively, you can find a cozy spot anywhere in the city, but keep in mind that Uber and Lyft prices tend to spike up that weekend because rides are in high demand. If you find a place closer to Downtown San Francisco, Outside Lands provides a prepaid local shuttle service from the Bill Graham Civic Auditorium. 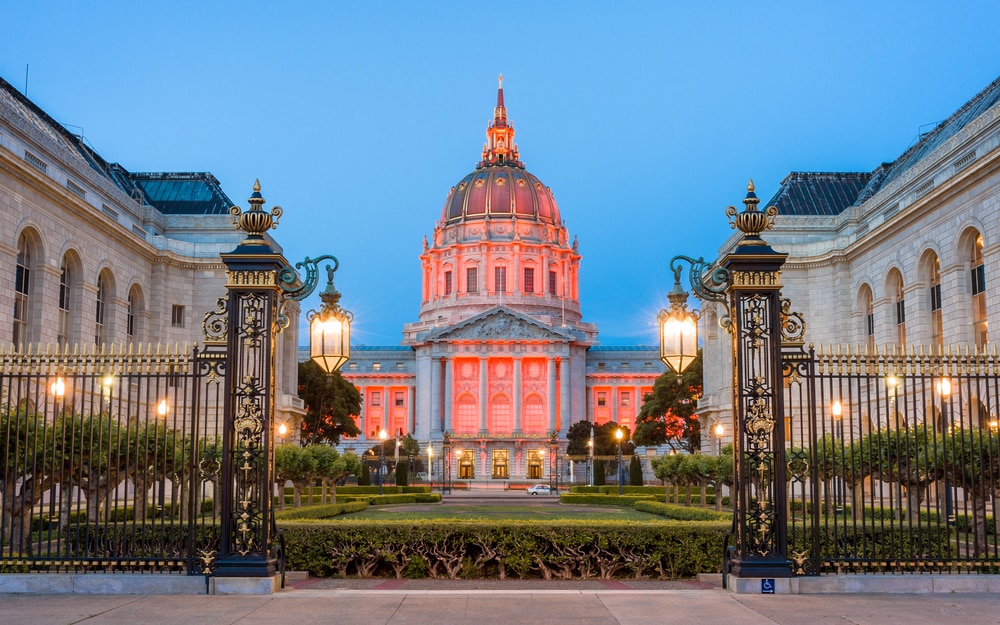 If you live in one of San Francisco’s neighboring cities, one option would be to purchase a local shuttle pass, then BART to Civic Center Station. The Civic Center BART stop is just a short walk from the Bill Graham Civic Auditorium pick up point. Outside Lands also offers a regional shuttle service from Mill Valley, Oakland, Palo Alto, Sacramento and San Jose. Round trip rates start at $41 for single day fares, and $112 for all three days, but rates vary depending on your shuttle stop location.

Before you go, be sure to look on the Outside Lands Official Website for what you can and can’t bring. In the last couple years, they have implemented a clear bag policy, with the exception of fanny packs, purses, drawstring bags, and hydration packs that meet specific sizing standards listed on their website. Also, if there’s one important piece of advice we could give you, it’s to always bring a jacket, no matter how warm it seems during the day. San Francisco’s weather can be unpredictable, and once the sun goes down, the temperature can drop drastically. 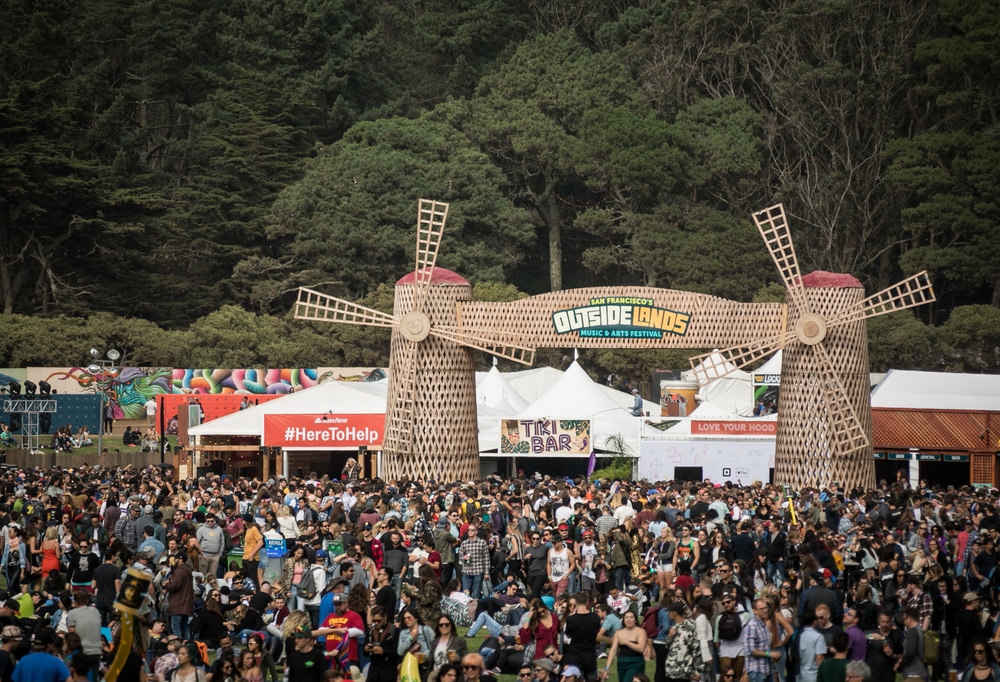 When you get there, keep in mind that there’s more to Outside Lands then just music. Give yourself some time to wander through the festival grounds. Indulge in a few glasses at Wine Lands or Beer Lands, where you’ll find an assortment of libations from NorCal’s most popular wineries and breweries. Plus, with the legalization of cannabis in California, the festival also made history by being the first American music festival to curate a perfectly legal cannabis experience called Grass Lands, serving cannabis-infused treats and even hosting a bong carving competition. Plus, be on the lookout for The Barbary, a stage designated for stand up comedians to share their thoughts, no holds barred, just to make you laugh.

But one of the most exciting things about Outside Lands is the food! The festival always partners up with the best Bay Area food vendors to bring you mouthwatering bites you can enjoy in between sets. Go on a foodie adventure with a group of friends so you can try a little bit of everything! Some stalls to look out for this year include Azalina’s chicken curry nachos, Chef Smelly’s Creole and Soul Food for surf and turf fries, and a pastrami reuben from Wise Sons.

Because the festival is located in the city of San Francisco itself, it’s easy to go out and explore. For anyone who’s always wanted to visit, this is your perfect opportunity to kill two birds with one stone.

Inside Golden Gate Park itself, there’s a few other places to explore. Spend the day picnicking outside the Conservatory of Flowers, or if you stay another week, you’ll be able to catch their monthly Botanicals and Brews event on August 16th. You can also visit not one, but two, museums in the park! From now until October 6th, the de Young Museum has an Ed Hardy: Deeper Than Skin exhibit showcasing tattoos as an art form. If you’ve got some ink of your own, you can even get in at a discounted price. Simply use the promo codes provided on their website and be ready to show your tattoo at the door.

Another exciting museum is the California Academy of Sciences, to indulge in all things earthly; from rainforests, to aquariums and even a simulation room of San Francisco’s two historically hard-hitting earthquakes. Every Thursday, Cal Academy also hosts NightLife, where adults ages 21 and over can enjoy the exhibits over music and cocktails. 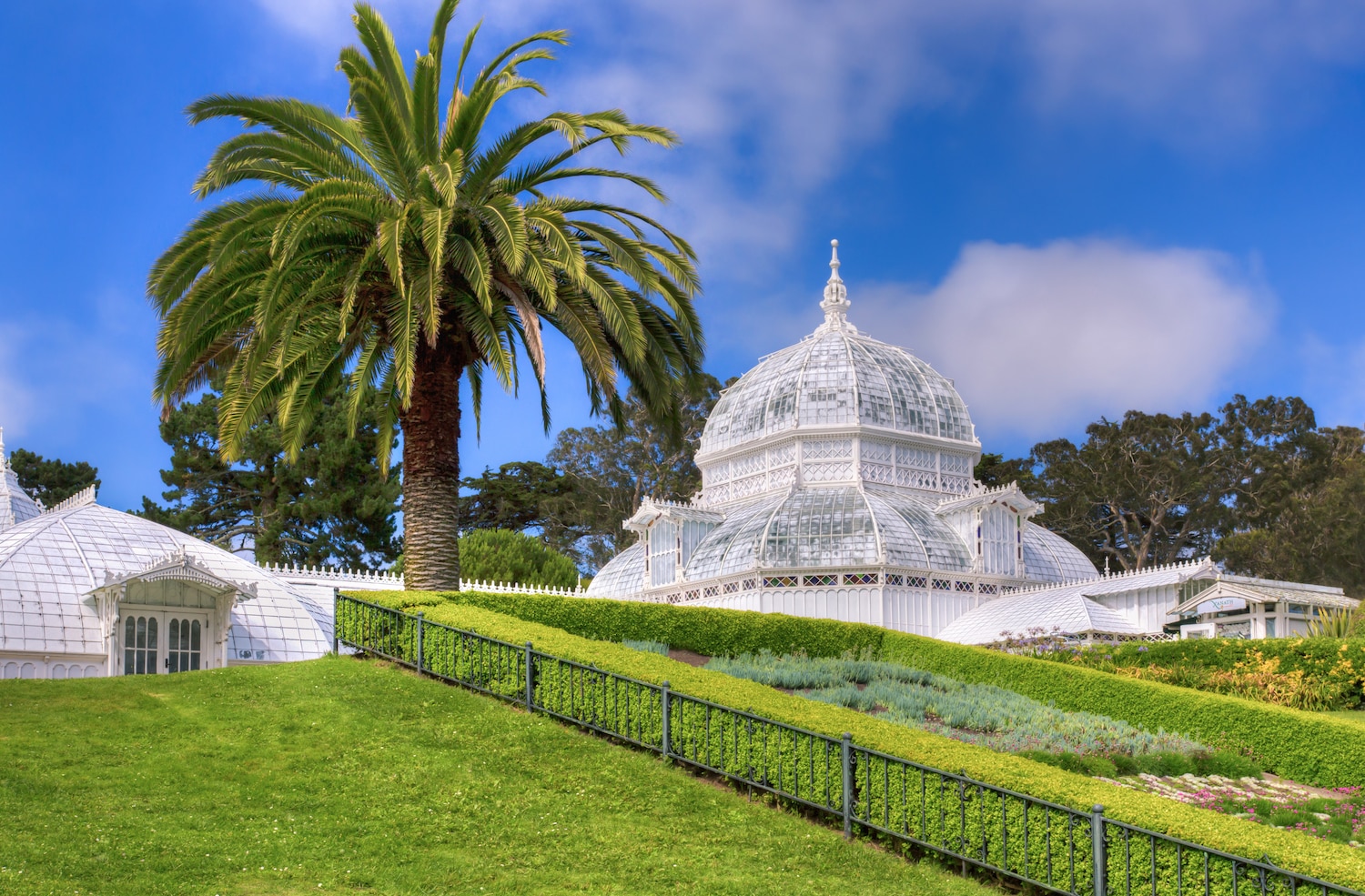 If you’re staying near the Golden Gate Park area, you’ll have quick access to two tucked away attractions: Land’s End and the Mosaic Stairway. Lands End is located on the northeast corner of the city, five minutes away from the west end of the park. You can get lost wandering through the various places to explore in Land’s End, but one notable attraction is the short hike to the hidden Labyrinth. Once you find this secret site, you will be amazed at the meticulously placed rock art, overlooking the Golden Gate Bridge — as long as Karl the Fog isn’t in the way. 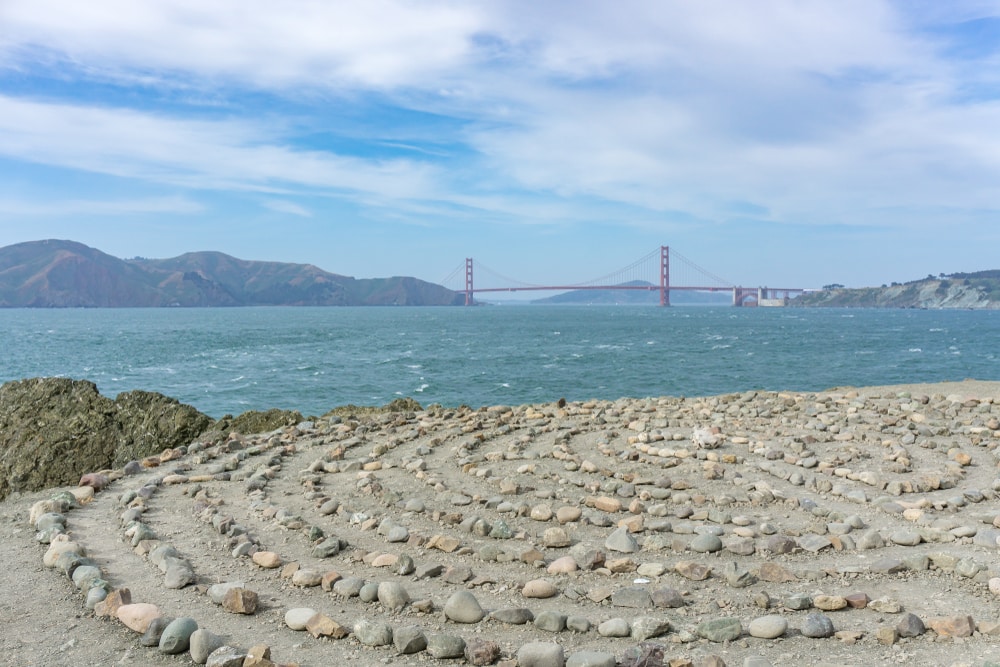 Another cool place for photo-ops is the Mosaic Stairway, only a short drive south of Golden Gate Park. There, you’ll find 163 colorfully tiled steps, inspired by the Selarón Staircase in Rio de Janeiro, Brazil. San Francisco’s Mosaic Stairway beautifully blends the sea, the sky, and nature. Go see it for yourself when you visit! 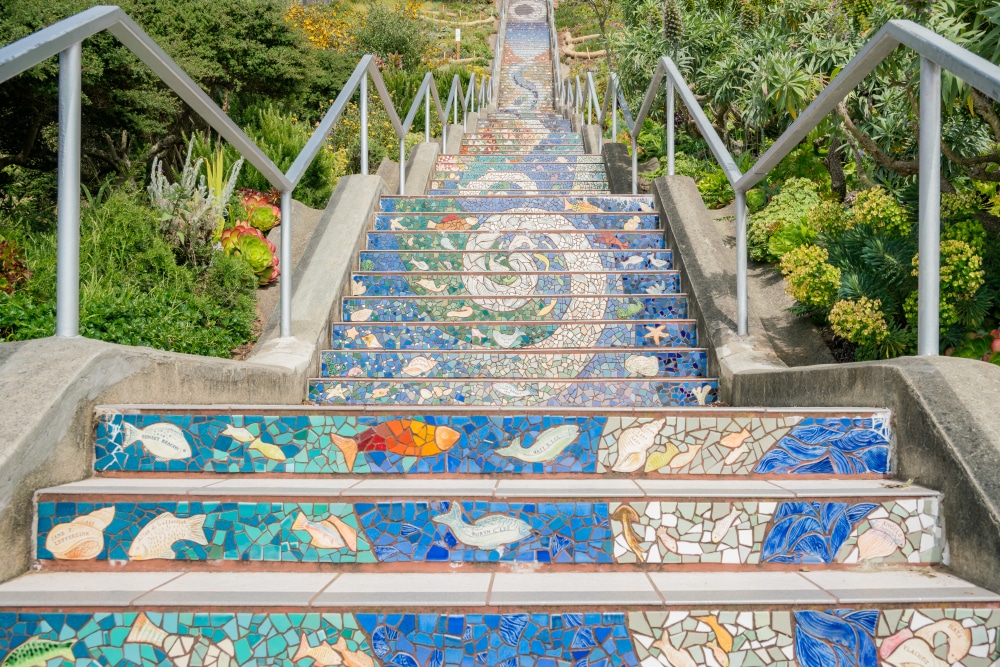 Lastly, just a five minute drive from the east end of Golden Gate Park is the world renowned intersection of Haight and Ashbury. Take a stroll down Haight Street and peek into the various thrift shops, boutiques — and what the area has been infamous for since the 1960s: head shops. Beer lovers can grab a drink at Magnolia Brewing Company, a local brewery that has lived in the Haight-Ashbury area for the last couple decades. Additionally, music enthusiasts can pay a visit to Amoeba Music, a vast warehouse filled with records for sale. Then, to wrap up your Haight Street adventure, you can walk over to Cha Cha Cha one door down from Amoeba and enjoy delicious Cuban tapas and refreshing sangrias.

When the festival is over, but you still want to keep the party going, we have a solution for you. Here’s an Outside Lands 2019 playlist of 100 of our favorite tracks by this year’s lineup, listed in alphabetical order by artist. Listen to it while winding down in your adorable Bay Area vacation rental, or put on some headphones and get lost in the music while you wander the streets of San Francisco. Either way, this playlist will help keep your OSL memories alive.

What are you waiting for? Grab your ticket to Outside Lands and book your stay in San Francisco now!