The Best Places to Visit in Canada in the Fall 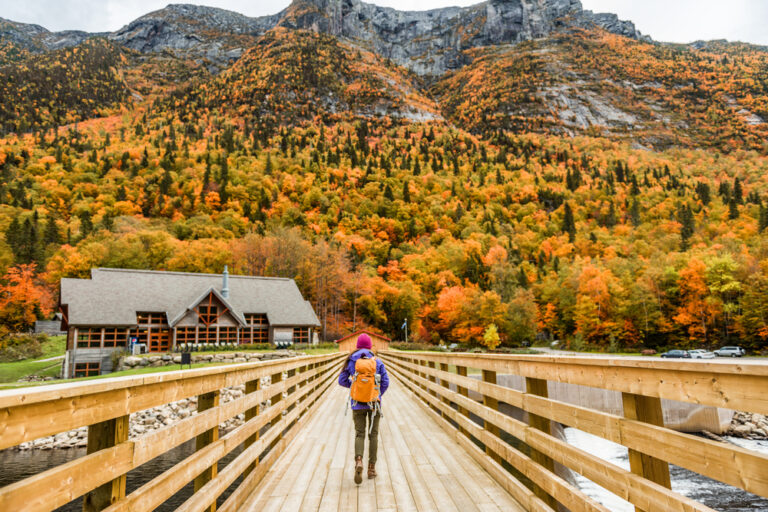 If you’re looking for a fantastic fall getaway, you’ll be hard-pressed to find one better outside of Canada. Professional photographers will tell you that fall is hands down the best time to take pictures in this vast, majestic land that is full of some of the most spectacular landscapes in the world. It’s not just the colors that pop from the changing leaves, but it’s also the way the light moves this time of year. So shift your focus to Canada for a hypnotic fall vacation you won’t soon forget.

We’re zooming in on six Canadian destinations that are a full-on feast for the eyes during the fall season! 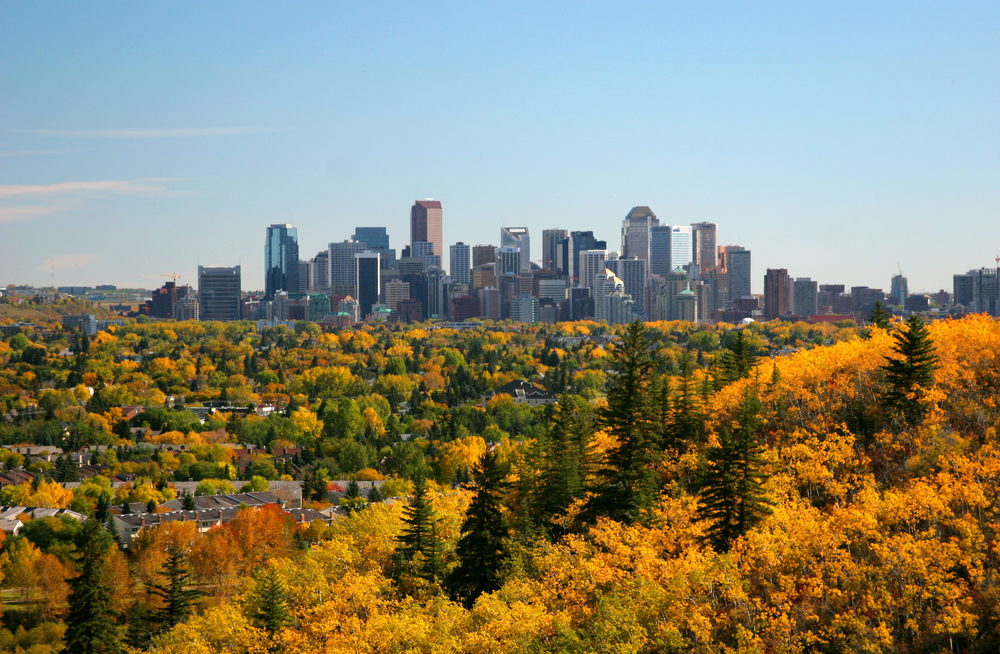 If there’s one picture-perfect city to boost your Instagram feed this fall, Calgary is the place to be. This western city in the heart of Canada’s prairies has a beautiful skyline that is offset by brilliant hues of foliage that take flight in the fall.

If you happen to be on the ambitious side when it comes to autumn sightings, the Canadian Rocky Mountains are certainly a step up in that direction. Less than two hours outside of Calgary, the drive from Jasper to Banff is considered one of the best views in the world. You’ll be pleasantly overwhelmed by the abundance of autumn colors from every angle, from late September right through to the end of October. 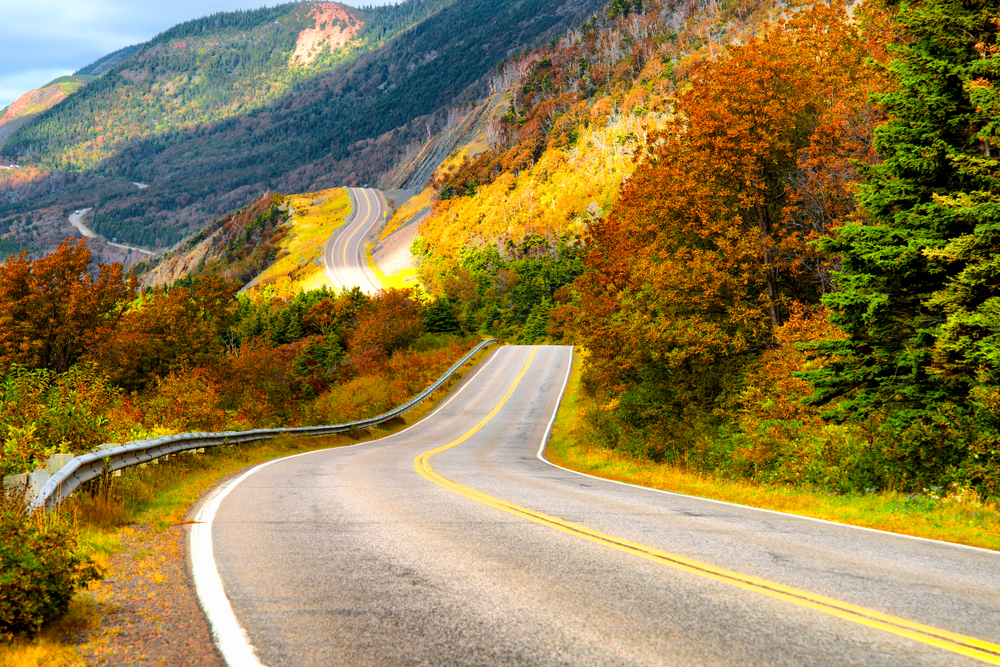 The Cape Breton Regional Municipality — or CBRM, as it’s usually called — is Atlantic Canada’s third largest metropolitan area. A superhero of stunning colors in the fall, you won’t want to let Cape Breton Island fly under the radar when it comes to choosing your next fall escape. It’s also an art lover’s paradise, as artists, storytellers, and musicians arrive from all around the world to become inspired by the bursting foliage on a landmass roughly the size of Hawaii’s largest island. 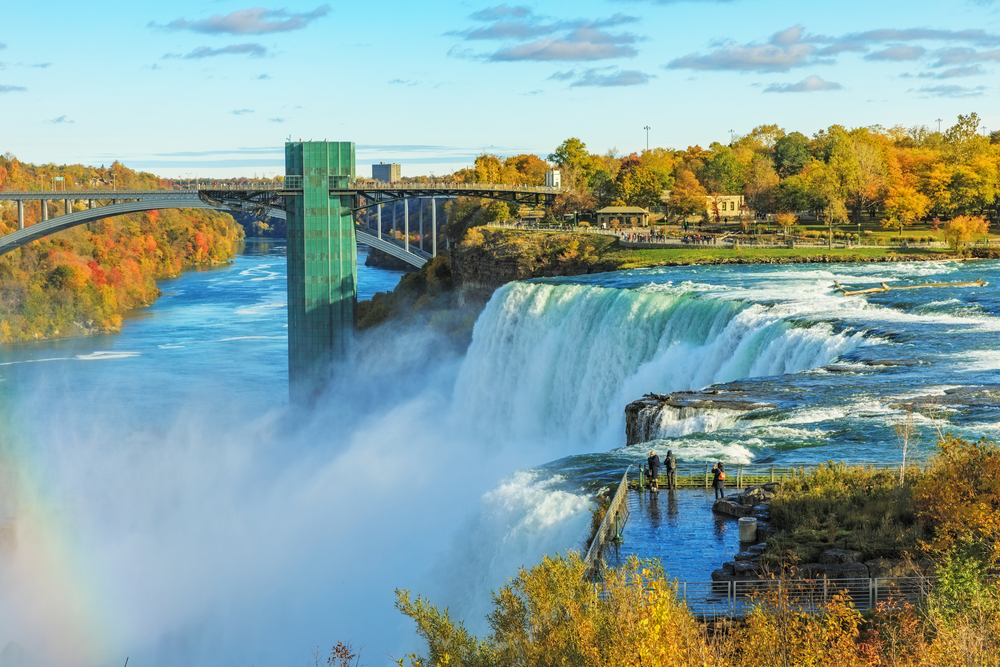 Canada wouldn’t be the same without the iconic Niagara Falls. Coming to the city in the fall is a feast for the senses, where the landscape beckons you with its vibrant colors of red, yellow, and orange. It famously shares the same name with not only the waterfall but its neighboring American city to the east.

Ten minutes outside the city is River Road — also known as the historic Niagara Parkway — which follows the curves of the Niagara River. Winston Churchill once called the road, “the prettiest Sunday afternoon drive in the world.” Many have compared driving along River Road in the fall to viewing a gallery of Impressionist paintings. This colorful town is at its most animated in early to mid-October when the foliage takes on a golden hue. 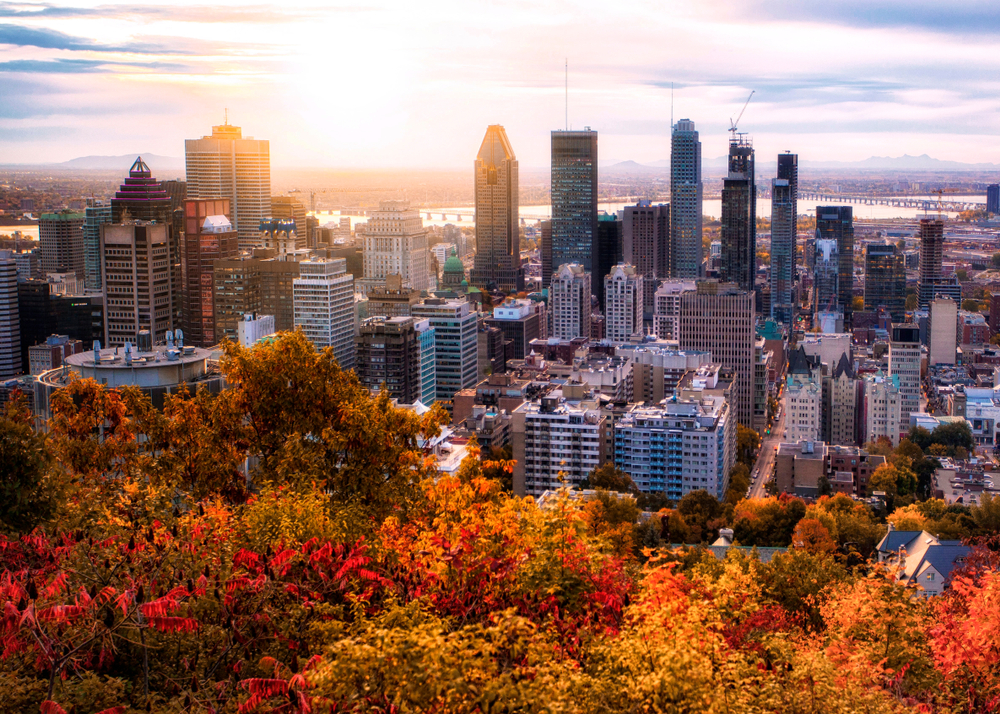 Ah, Montreal in the fall. This major French-Canadian city is full of foliage for the ages. Envision oak trees that boast bronze-red hues and sumacs that stun with fiery orange beside some of the finest architecture in North America. Beyond the sights, the city is a delightful feast for the senses, with some incredible restaurants and parks to explore.

While some of the fall foliage in Montreal does peak in early October, the season runs from mid-September through the end of October, so there’s still plenty of time to take in the beauty. No matter when you go this fall, you should have plenty of opportunities to shoot some spectacular arrays of color. 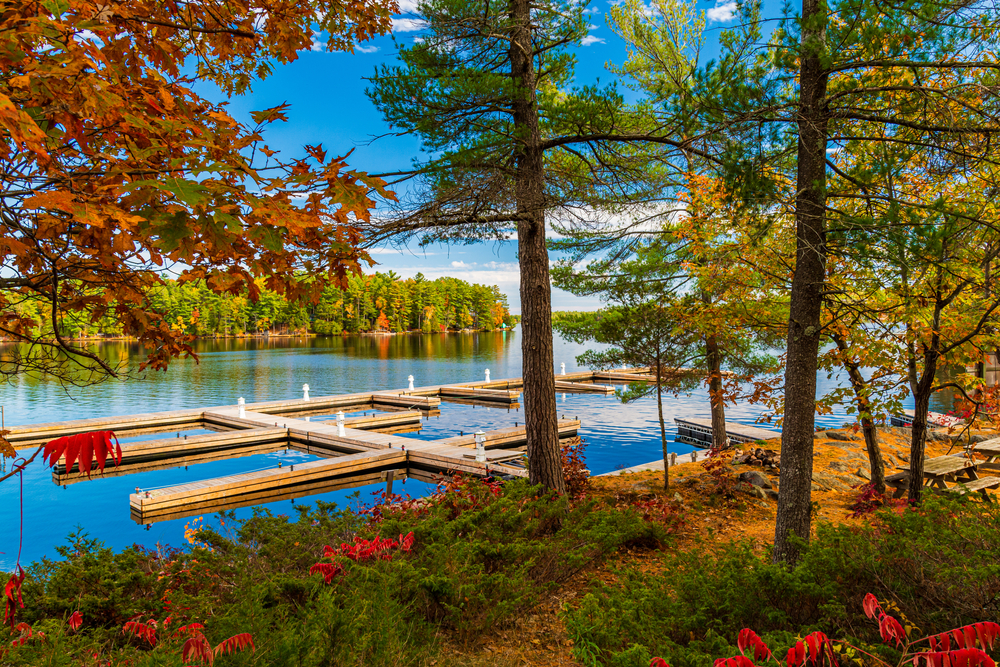 Peterborough — located only an hour and a half from Toronto — is known for having the largest wilderness preserve south of the Algonquin, including well over a hundred lakes, including the famous Kawarthas.

Late September through the end of October is ample time to take in the autumn vistas where colors are ubiquitous for weeks on end. 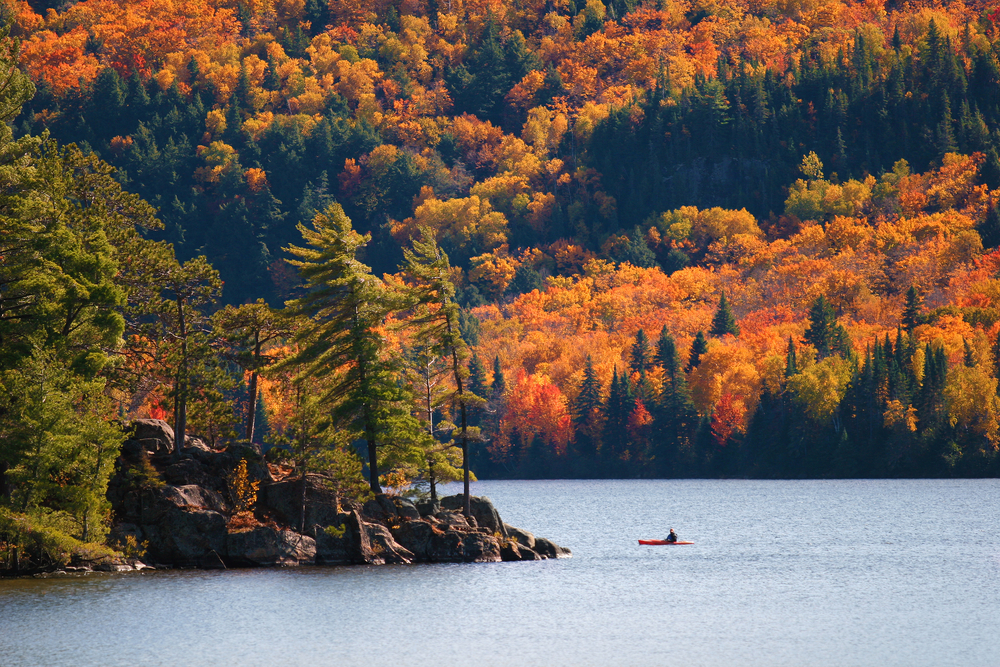 To say that Algonquin Park is overwhelming in the fall is an understatement. The 7,725 square kilometer park located about three hours outside of Toronto is a vast blanket of fall foliage offset by golden aspen trees, red oaks, and tamaracks. The park is also full of sugar maple trees that often peak in late September to early October.

Ready to plan a colorful fall getaway in Canada? Start planning your trip today to experience some incredible scenery that you’ll never forget.