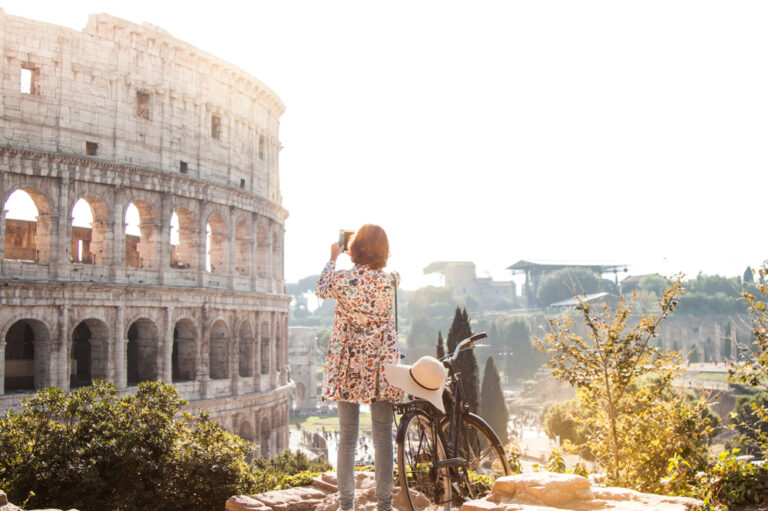 When in Rome. You’ve probably said this idiom thousands of times, but soon, you’ll be living it! The Eternal City is considered by many to be one of the most romantic cities in Europe, if not the world, and has been since Roman times.

Rome is the capital of Italy and spans the Tiber River. It has quite a famous and rich history, full of political, military, and religious events. It’s still a Catholic center of power to this day, with Vatican City located within walking distance. The city is 496 square miles in total area and has a population of almost three million people.

The city center is where the best attractions lie — such as the Colosseum, Spanish Steps, and Piazza Navona‘s baroque charm — with a short walk taking you around most parts of the Eternal City. However, the view is best enjoyed atop an open-back Roman carriage, which you can hire to carry you throughout the city (or there is always public transport).

Where you should stay in Rome will depend on your specific preferences. Are you interested in great food, a romantic environment, nightlife, historic centers, or budget-friendly spots? Rome is ready to satisfy all your curiosities and more. However, Rome is a pretty big city so without proper guidance, you might find yourself wandering lost through its 22 districts. In light of this, we’ve detailed some of Rome’s great districts depending on specific tastes. 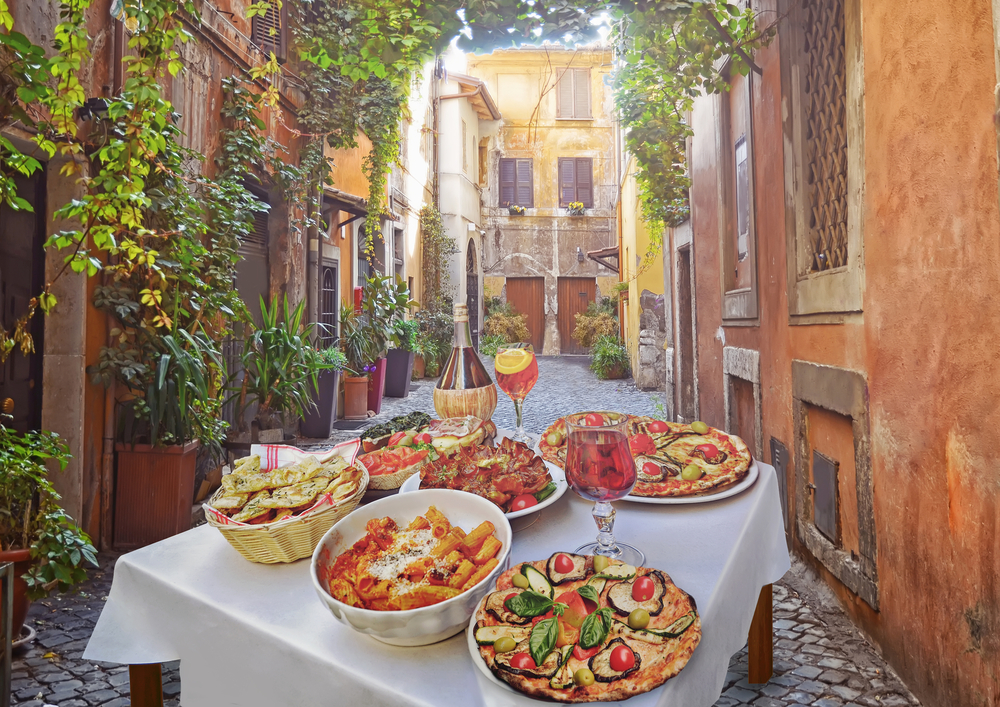 Like the rest of Italy, good food is abundant in Rome, but you might need a bit of direction if you’re a foodie. Take a transit down to Vicolo delle Bollette 13 to the beautiful trattoria — which means “Italian restaurant” — located close to the Trevi Fountain. Al Moro‘s artichokes, pasta, and mushrooms will leave you craving more.

Also close to the Trevi Fountain in the Avignonesi District is the Colline Emiliane restaurant. Their rich offerings — made primarily with eggs and tagliatelle alla Bolognese, or pasta and meat sauce — is one of a kind.

Yet another gastronomic haven is the Testaccio neighborhood. Sandwiched between Aventine Hill and Trastevere, Testaccio has enough traditional Italian street food to satisfy all of your cravings — like cornetti, rosette soffiate, and braised beef. 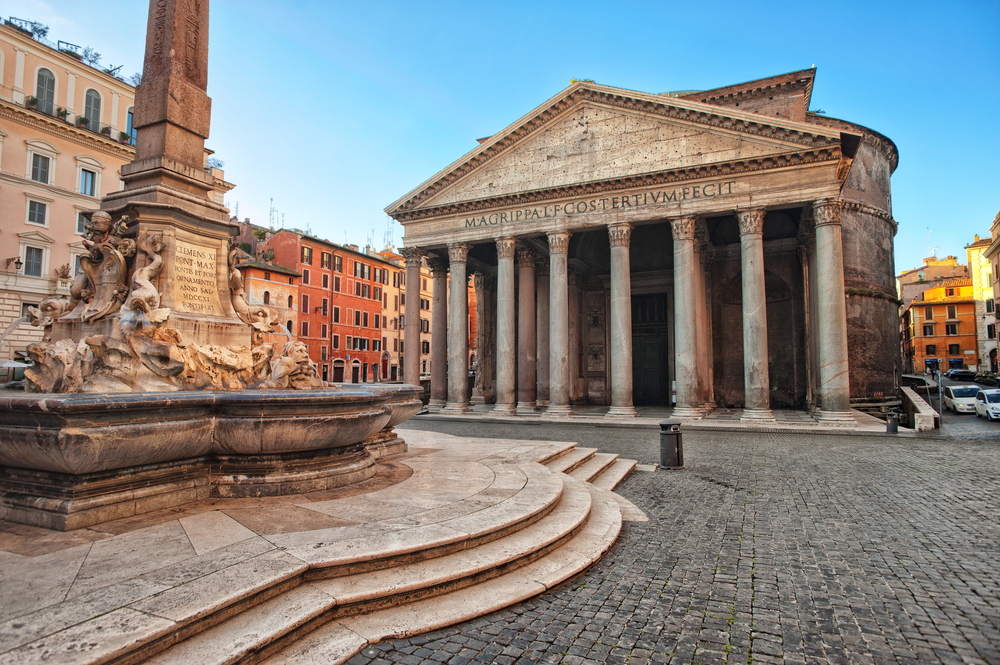 Rome is bathed deep in rich, historical events. You probably won’t have to search too far to find a place in a history-rich district. Located just 3.5 kilometers from Vatican City is the Colosseum — a key symbol of Rome and one of the best-preserved ruins of the ancient Roman empire. A large number of tourists troop to the Colosseum to marvel at its magnificence.

The ancient Roman temple of the Pantheon is located two kilometers from the Colosseum. It houses beautiful chapels and historically significant tombs like that of King Vittorio Emanuele and celebrated Renaissance painter Raphael.

West of the Pantheon, and about five kilometers from the Colosseum, is the Piazza Navona. Piazza Navona is renowned for its 16th-century classic baroque architecture, fountains, and cobblestone streets.

Around the Piazza di Spagna are some renowned architecture, such as the Spanish Steps and Villa Borghese — an art museum with the largest park in Rome. Piazza di Spagna has two metro stops, Spagna and Barberini, if you want to go further afield.

Another key historic center is the charming neighborhood of Trastevere, with its famous cobblestoned street and the Basilica of Santa Maria — or the oldest church in Rome. Trastevere is located on the opposite side of the Tiber River from Centro Storico, historically referred to as the city center. Most people consider Trastevere to be one of the best areas to stay in Rome on account of its beautiful neighborhood. 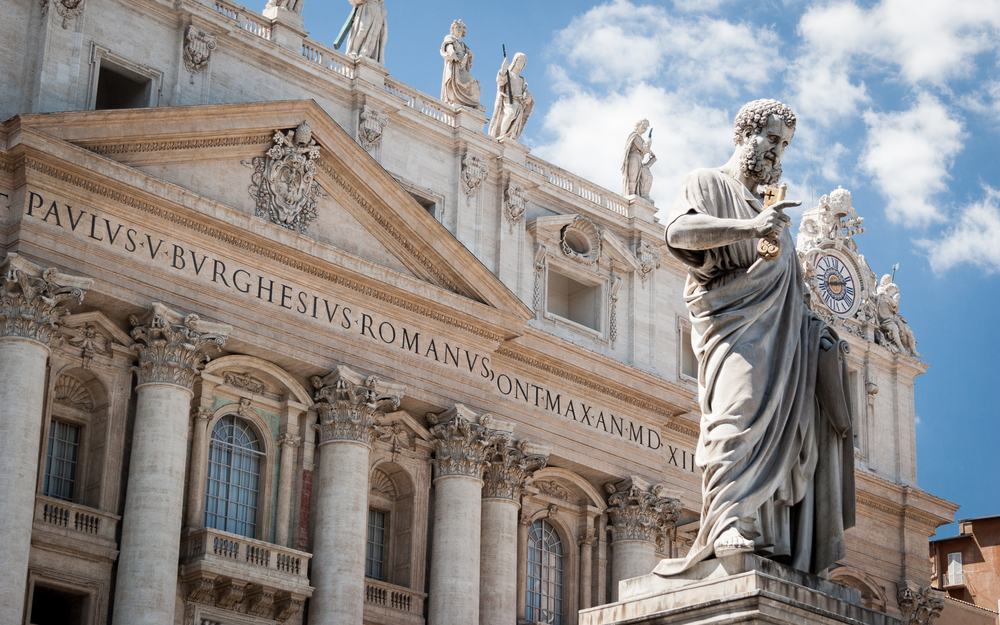 Although the Vatican is technically an independent state, it’s geographically located within Rome. The Vatican is filled with world-class art, from the architectural masterpieces of cathedrals — such as St. Peter’s Basilica, the world’s largest Christian church — to numerous sculptures handcrafted by some of the most celebrated artists in human history. These works of art might be old, but they’re in excellent condition.

While in Vatican City, you should make visiting the Sistine Chapel a top priority. The Renaissance frescoes by Michelangelo are one of the greatest treasures of Vatican City, of Rome, and of the world, and will most likely take your breathe away.

Vatican City also has numerous boutiques and Michelin-starred restaurants that will keep you pleasantly entertained. Stay nearby with a vacation rental in Piazza di Santa Maria Alle Fornaci, which is only a 10-minute walk away.

The high-end shopping street of Via Condotti is undoubtedly one of the best in Rome. On both sides of the street are stores belonging to some of the most expensive brands in the world. Many businesses have chosen it as their main headquarters in the city.

Via Margutta is another shopping district and houses many art galleries, antique shops, furniture stores, and fashionable restaurants. Via Margutta acquired great fame after the film Roman Holiday, starring Audrey Hepburn and Gregory Peck. It was once the heart of Rome, home to artisans, painters, and artists.

Meanwhile, Via del Corso is the Roman equivalent of Calle de Preciados in Madrid or Calle Sierpes in Seville. It’s home to many shopping brands, including Diesel, Energie, Miss Sixty, and Benetton.

There are almost always tourists in Rome — and you can be sure that the party is where the tourists are. Sticking around places with touristy traffic such as Palatine Hill, Trevi, Parione, Trastevere, and many others may give you the nightlife experience of a lifetime. Monti is another great district for night revelers and party lovers.

When in Rome: The Do’s and Don’ts

There are a few do’s and don’ts that can make or break your vacation to Rome.

How Long Should You Stay in Rome? 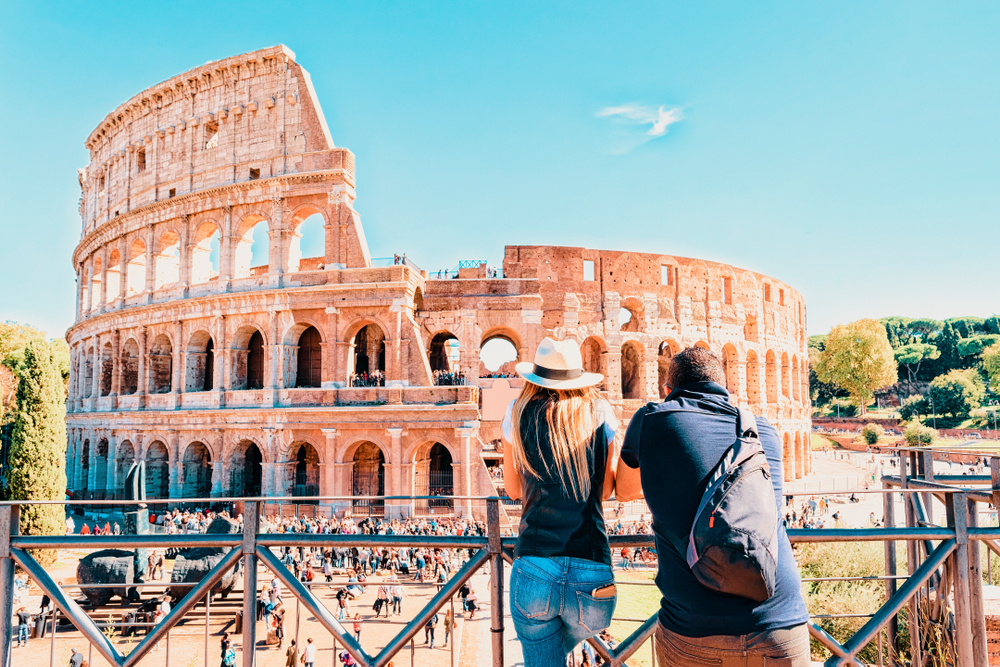 When visiting the Eternal City, it’s a good idea to allocate at least four days to your trip. This is because the Vatican can take almost one full day to experience, especially if you decide to visit St. Peter’s Basilica and the Vatican Museums.

This route is usually shorter than the queue for the Colosseum. Once you gain entrance, you can pass through the Roman Forum and go directly to the Colosseum, which is within the same complex. Meanwhile, a visit to the main Roman squares can take an entire day.

Rome is a fantastic place to consider for your next vacation. Its monuments are breathtaking and its spirit is captivating. To make the most of the Eternal City though, you’ll need a place to call home during your trip. Fortunately, we make it easy to find vacation rentals no matter where you go in this exquisite city.