Now is a fantastic time to visit Wine Country, to experience the hustle and bustle going on around the vineyards during this critical time of year. It’s the middle of harvest season, which means most winemakers in Napa Valley are hard at work perfecting their most prized possessions. In celebration of this exciting season, we’re sharing the best wineries to visit in Northern California, in hopes that it will encourage you to visit a vineyard or two this autumn. 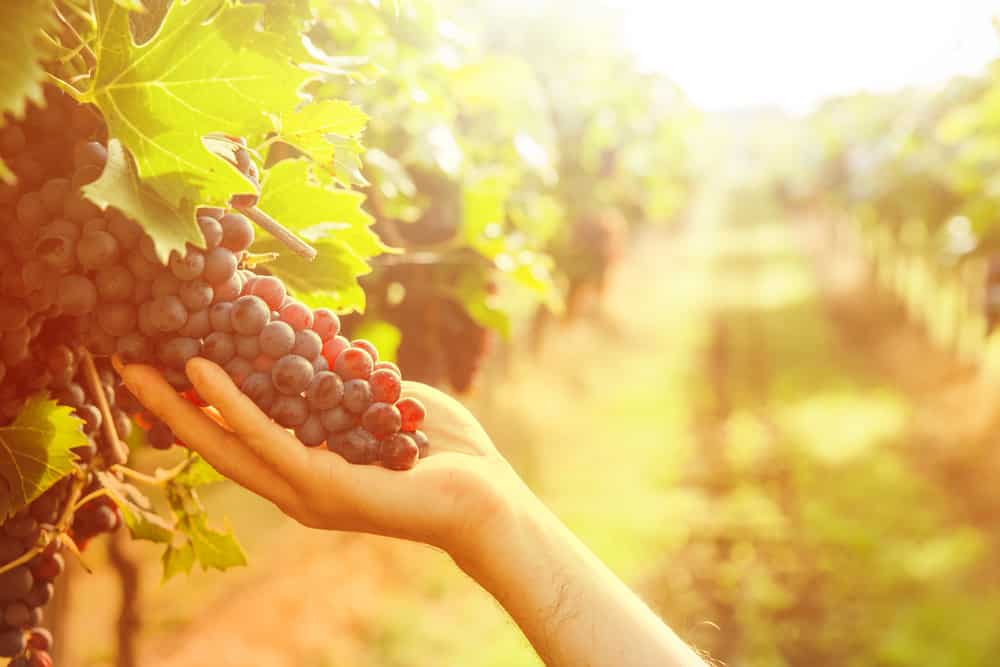 Before we share the wineries that fall on our short list of favorites, allow us to give you a little backstory on the moment California wines obtained international recognition at the Paris Tasting of 1976.

Prior to the 1970s, the booming wine industry primarily revolved around French wines. Several Americans saw potential in Californian wine, but most international wine experts doubted its excellence. As stated in a TIME magazine feature in 1976, a formal wine tasting contest was held in Paris, moderated by nine French judges. Four white blends from Burgundy went head to head with six white blends from California, while six Cabernet Sauvignons from California were put to the test against four red blends from Bordeaux.

The French judges tried their hardest to differentiate Californian wine from the French wine during the blind tasting. After careful deliberation, the results shocked the masses. The leading white blend was a 1973 Chardonnay from Chateau Montelena in Napa, with the three runner-ups being a 1973 French Meursault-Charmes; a 1974 Chalone from Monterey County, California; and a 1973 white blend from Napa’s Spring Mountain. To add to California’s credibility, a Cabernet Sauvignon from Stag’s Leap Cellars in Napa was also awarded the top red blend at the contest.

By the end of the Paris Tasting of 1976, four winning wines selected by the judges were from California – with the leading red and white blends originating from Napa Valley. All the doubters were put to silence, and this changed the game completely.

Since the Paris Tasting of 1976, word continued to spread and people from all over the globe have aspired to come to Napa to taste the rich flavors of California. Today, there are over 400 wineries in the area, making it quite a challenge to decide where to start. Now that you know about the event that shook up the wine industry in the ’70s, here are our top recommendations for local wineries.

Starting off with the home of the internationally recognized 1973 Californian Chardonnay, you’ll find the grand estate of Chateau Montelena in Calistoga. This winery was also featured in the Hollywood film, Bottle Shock, depicting the story behind the blind taste test of 1976.

Montelena offers a variety of wine tastings and tours ranging from $45 to $95 per person. Because of the winery’s increasing popularity, reservations in advance are highly encouraged. Upon arrival, you’ll be greeted by a stone castle covered in greenery, a Chinese garden by Jade Lake, and the Chateau’s interior immaculate as ever, while still preserving its old-school charm.

Grgich continued to make a name for himself in Napa’s rapidly growing wine culture, with his own personal winery earning a reputation as the “House of Chardonnay.” Today, you can visit Grgich Hills Estate for tours, wine and cheese tastings, as well as grape stomping! On their website, you’ll also find recipes to pair with Grgich wine. After almost 50 years in business, you can still feel the passion that lies within Grgich Hills, making it well worth the visit.

Next on our radar is the magnificent Castello Di Amorosa – translating to Castle of Love – which was recently awarded as USA Today’s #1 tasting room in the nation. If you ask us, it definitely lives up to the hype. At first glance, the castle dominates the landscape and makes you feel as if you’ve time traveled to Tuscany during medieval times.

Inside the winery, you’ll notice intricate paintings that fill the dining hall’s walls, and you may even be surprised to find out that the castle was actually built in 1994 rather than hundreds of years ago. Wine tastings start at an affordable price of $30, and children are also allowed to explore the castle for $20. Castello was brought to life by Dario Sattui, the grandson of the visionary behind V. Sattui, another well-known winery in Napa. The love for wine has been passed down the Sattui lineage for generations, and any of the wineries owned by this family would be a wonderful place to visit.

Onto a personal favorite that’s a lot of fun for everyone, make sure you head to Francis Ford Coppola Winery in Geyserville. Owned by Hollywood director Francis Ford Coppola, the winery is decorated with authentic memorabilia such as his Oscar trophies, and props from his most famous films, including Don Corleone’s desk from The Godfather. It’s a museum and a winery all in one.

Everything about the property is phenomenal, from Coppola’s personalized gate and the inviting outdoor pool, to the beautifully arranged wine selection at the main bar. There, you’ll find exclusive wines from his Director’s Cut, as well as blends by his daughter, Sofia. Coppola loves wine so much, he even owns a second winery within an hour away called Inglenook in Rutherford. If you’re fascinated by his personal winery, you can also stop by and visit Inglenook to experience the restored estate in all its glory.

California may have stepped up to the plate against France in the wine department, but we have to give credit where credit is due: France knows how to go all out when it comes to luxury. This takes us to our fifth Californian winery, Domaine Carneros, which was actually inspired by the architecture and layout of Château de la Marquetterie in Champagne, France.


This elegant estate resembles a piece of France in California. Reservations are required to experience the beauty of this mansion, and tastings start at $35 per person. You’re given the option to enjoy a wine tasting with lake views, vineyard views, or inside the chateau. Domaine Carneros also hosts lavish monthly events for wine club members such as caviar tastings and a Chateau Society cruise on a yacht. Talk about getting a taste of living in luxury.

Are any wineries calling your name? Plan a trip to Napa Valley this month!