Heading to Austin, Texas? Check Out These 11 Must-See Sites 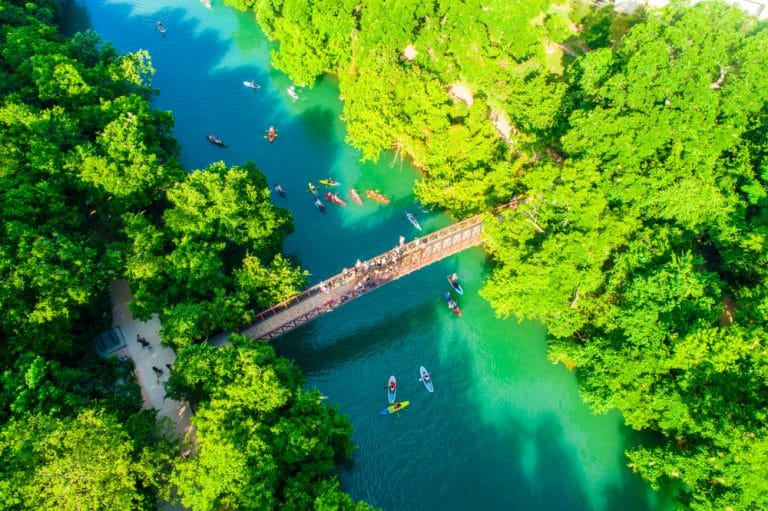 Once you’ve booked your vacation rental in Austin, it’s time to research what to do while you’re in town. From outdoor activities, museums, to the best BBQ in town, we have everything you need to make the most of your trip to Austin. Take a look at our list of 11 local attractions you can enjoy all year long!

Alamo Drafthouse offers a unique film experience, along with drinks and high-quality food. It’s a local institution and has been one of the top things to do in Austin for over two decades.

Franklin Barbecue is one of the most popular restaurants in the city, as evidenced by the line that forms around the block starting at 6:30 AM. Don’t wait until you’re starving to head over! The wait can sometimes last four hours, but it’s so worth it.

There’s more to the Austin art scene than music. The Blanton Museum of Art on the University of Texas’ campus is home to more than 17,000 works of art that range from Renaissance master works to contemporary American art. If you love art, find time in your schedule to explore the museum’s three galleries and rotating exhibits. If you’re in town during the summer, check out the museum’s programs for children and bring the entire family along to appreciate some culture.

So who’s ready for a trip to Austin?