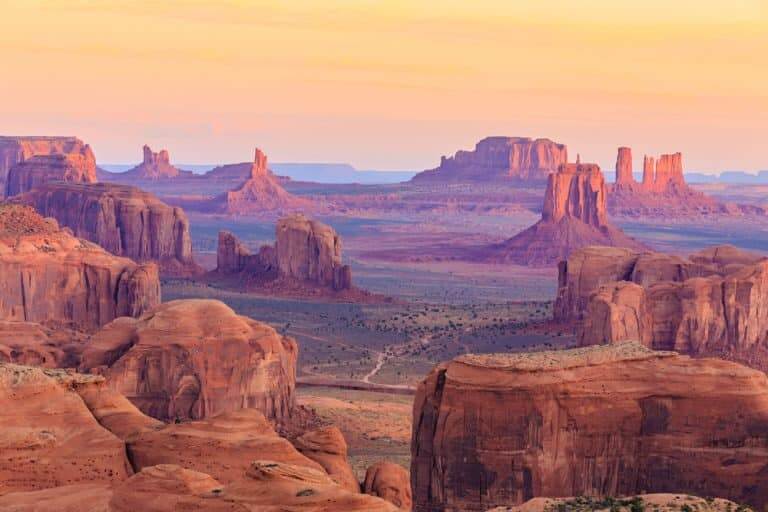 To put it mildly, the grand ole United States of America is bursting at the seams with Native American history, culture, and folklore. What now makes up the 50 states were lands once home to rich, vibrant communities that trapped and hunted, traded, and made handcrafts. Similarly, these communities were often steeped in agricultural artistry in addition to quaint traditions.

While things have changed since then, there are still locations across the nation that serve as home to the new generation of these still-going tribes. Many welcome visitors to partake of their preserved lands and traditions. It just so happens that there are also plenty of affordable places to stay while you are taking in the sites. In celebration of Indigenous People’s Day on October 14th, here are a few places to pay your respects and take in the local Native American Culture. Even if you don’t feel like you have a personal connection to the Indigenous people of this land, anyone who enjoys the abundance of gorgeous sights this land has to offer should pay homage to those who were here first. 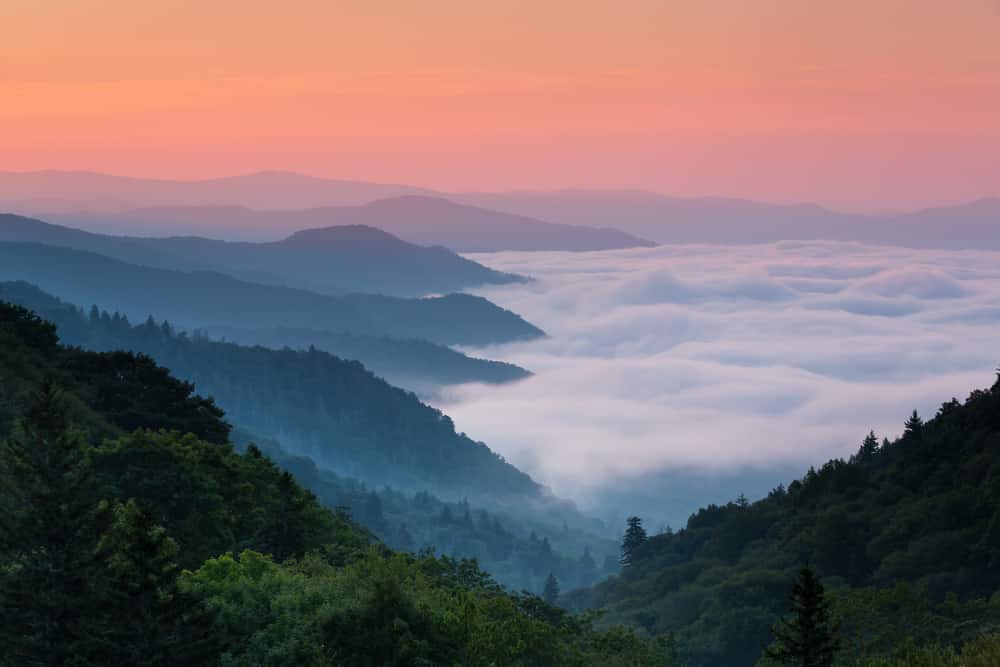 Although the Cherokee is a branch of the Iroquois Nation that traces its history and heritage back over a thousand years, the official Cherokee Nation was established in the early 1800s. The town of Cherokee, North Carolina, is home to 11,000 members of the Eastern Tribe who live on the Cherokee Indian Reservation. The reservation is a 56,000-acre boundary that covers five parts of western North Carolina counties, and is open to visitors, offering a museum, amusement park, and shopping.

Harrah’s Casino Resort is an enterprise of the Eastern Band of the Cherokee Nation. You can find all the classic table games you come to expect from a casino as well as over 3000 slot machines. The aforementioned museum is the Museum of the Cherokee Indians. To truly get a full understanding of the gorgeous Smokies, you have to learn about the people who called it home for Millenia. This museum offers the perfect opportunity to do just that.

The Cherokee Nation also educates its visitors about the daily lifestyle lived by its forebears in the 1800s through demonstrations, presentations, and educational tours. During the summer months, the tribal story is told at the outdoor Mountainside Theatre, through the play “Unto These Hills.”

Where to Stay in the Smokies

Harrah’s Casino Resort isn’t entirely fun and games. There are thousands of hotel rooms to stay in as well. Conveniently located smack dab in the thick of the Smokies, Harrah’s is a great Cherokee enterprise to call home while visiting the national park. Guests who stay at the resort also have exclusive access to the Cherokee-owned Sequoyah National Golf Club. Hit the links and support the Eastern Band of the Cherokee Nation at the same time if you stay here.

If you don’t want to spend as much of your budget on lodging at a luxurious casino, Great Smokies Inn is a more rustic option. Just over a mile from the entrance of the park, Great Smokies Inn is centrally located so you can enjoy the splendor of the Smokies from the outdoor pool. Each room comes with a microwave as well so you can save money by eating in. This hotel is owned by Cherokee people and is nestled right beside Saunooke Village. A shopping center where you can buy authentic Cherokee crafts and goods. There’s no better place to stay if you want to immerse yourself in the Cherokee’s indigenous heritage. 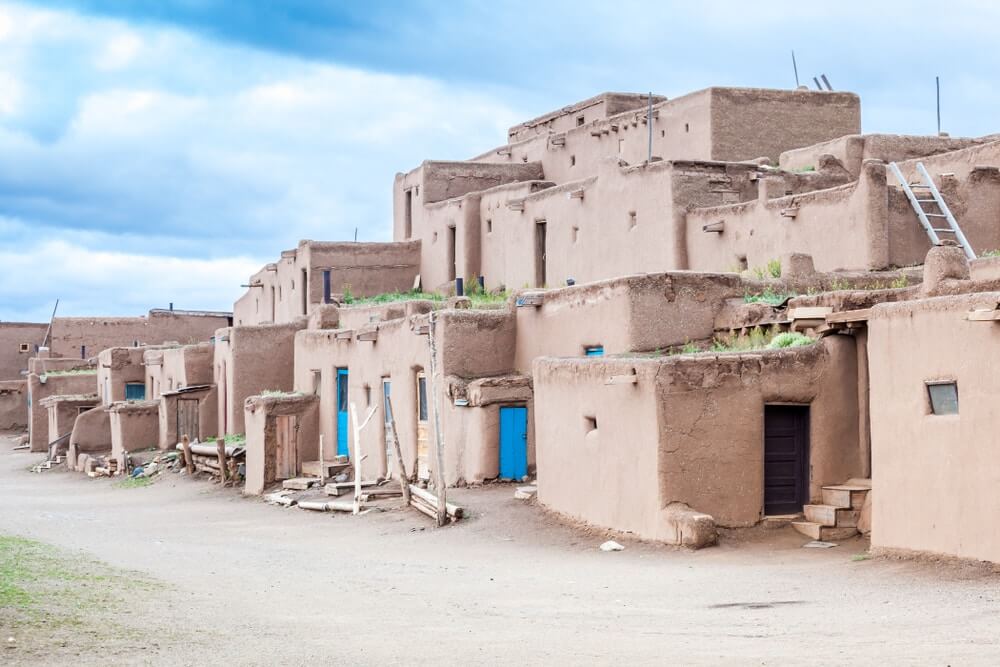 Located in the high desert of New Mexico and bordered by the Sangre de Cristo Mountains, Taos has the honor of being one of the country’s oldest artist colonies. Taos enjoys other designations, including World Heritage status by UNESCO and National Historic Landmark designation. Taos is known for its Taos Pueblo, a multi-story Adobe complex that has served as home to Pueblo members for several centuries.

Other sights include Taos Plaza, a former center for trade and town square gossip, which now houses galleries, restaurants, and shopping. Artists can take in the local art at museums, including the Howard Museum of Art and the Taos Art Museum. Taos also provides visitors with walking tours that cover landmarks, including the San Geronimo Church and Rio Grande Del Norte National Monument.

The Pueblo Indians are named after the style of dwelling that can be seen in Taos. Before you go there, keep in mind that they were sometimes called “Anasazi.” You should not refer to them by that name as it is a Navajo word that means “ancient enemy.” You must respect the indigenous heritage of the Pueblo people and their rejection of that moniker.

Where to Stay in the Taos

Do you need to recharge? You want to check out El Monte Sagrado. Boasting dozens of luxury rooms, this minority-owned resort prides itself in its mission to use its accommodations to tell the story of New Mexico. Take full advantage of its two hydrotherapy tubs and saltwater pool to melt your problems away. And since it’s less than a mile from Taos Plaza you won’t be too far from this mountain town’s cultural hub.

If you’re in town for the excellent ski opportunities on the mountain try The Blake at Taos Ski Valley. The real selling point of this location is it’s a meager short walk away from the slopes.

Ready to live large in an adobe vacation home of your own? Look no further. 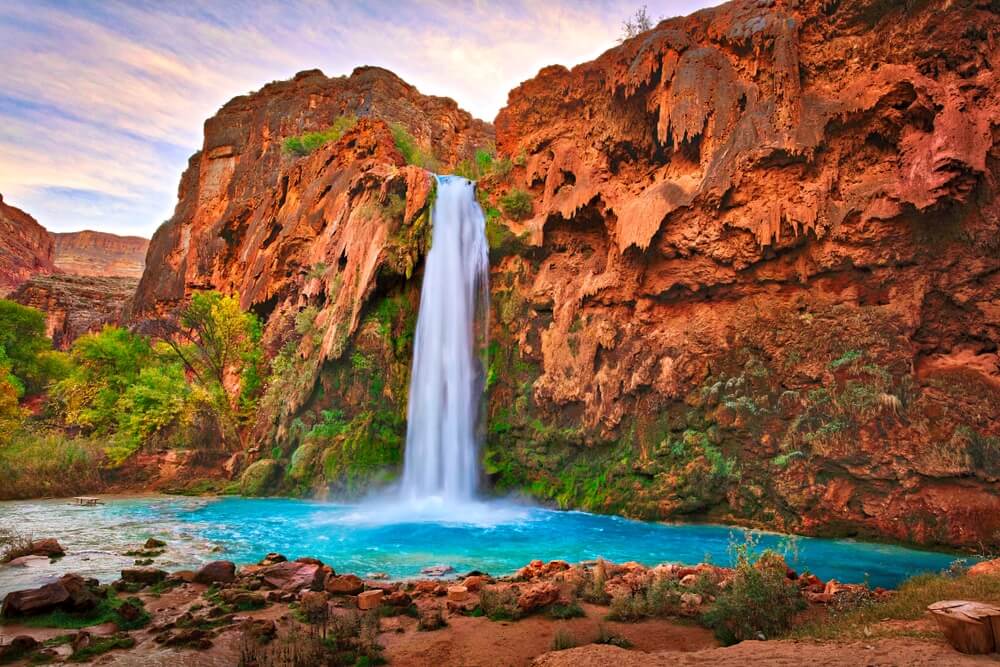 For the lover of nature and all its magic, a visit to the Havasupai Indian Reservation, located in the Arizona section of the Grand Canyon, is one hot ticket. The name Havasupai translates to “people of blue-green waters,” which is no coincidence given the five waterfalls within the campground: Havasu Falls, Navajo Falls, Beaver Falls, Mooney Falls, and Fifty Foot Falls.

The roughly 639 Havasupai members who live on the reservation can proudly trace their heritage back over 800 years, and welcome visitors to camp and hike on their land, but there is one catch: because of its wild popularity and the requirement that visitors book ahead, this VIP site can have a bit of a waiting list. The reservation is so remote that the US Postal Service still delivers mail by mule carriers. If you want to get away from a while this is a good place to do it.

Where to Stay around the Grand Canyon

The reservation itself is not accessible at least through June 2022 so at this time you can’t stay by the falls. But if you’re looking for a similar remote vibe check out Phantom Ranch. Also located in the Arizona section of The Grand Canyon, it is encouraged that no young children stay with you due to extreme temperatures and remoteness. There are no televisions in the rooms so if you stay here you’ll have a true wilderness experience.

For a more comfortable stay, we recommend the Chalet style Grand Hotel. Equipped with an indoor heated swimming pool and hot tub, you can soak the dust off your bones after exploring The Grand Canyon.

Want to try a little Grand Canyon camping or glamping? We’ve got you covered.

Navajo Nation Near the Four Corners 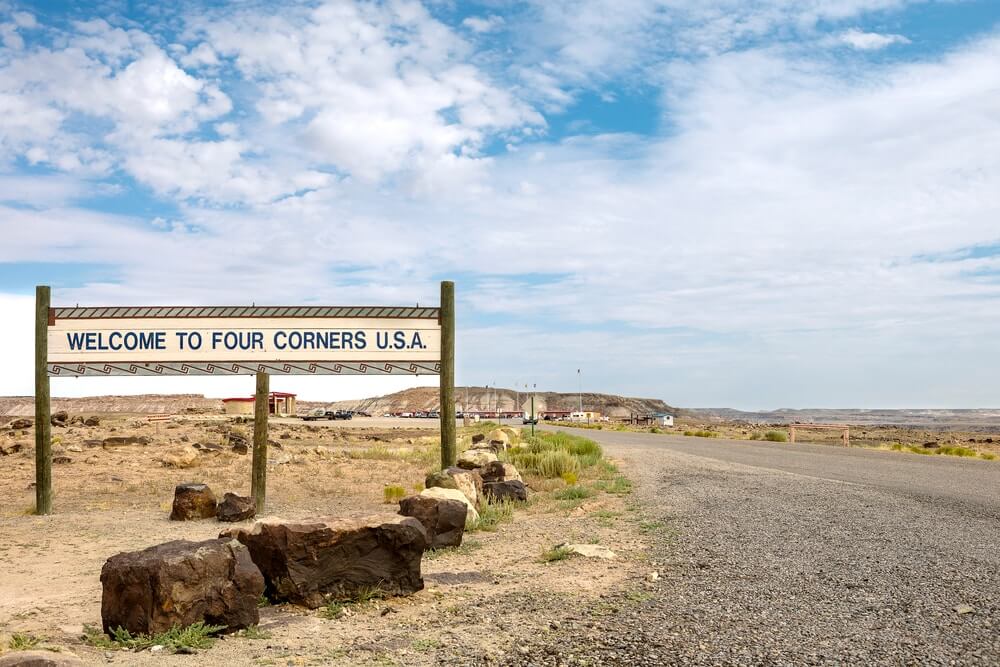 They say you can’t be in two places at once, but the USA gives visitors the chance to be in four at once — four states that are. The Four Corners are located where four southwestern states meet up: Colorado, Arizona, Utah, and New Mexico. The 27,000 square miles that makeup three of the four corners (Arizona, Utah, and New Mexico) are part of the Navajo Nation, which at 16 million acres, plays home as the largest reservation to the largest Native American tribe in the nation.

Navajo gives its visitors an extensive itinerary, which includes hiking, camping, and fishing in its breathtaking backdrop. The reservation has several parks, cultural tours, and museums like the Code Talkers Museum, which is a tribute to the World War II code talkers who helped the US soldiers receive their orders and plans by sending messages back and forth in Navajo, outpacing the Morse Code system that was also used but took longer to translate during that time. The Four Corners Monument is closed for all major holidays following the Navajo Nation as well as American holidays. That means it’s closed on November 26th for NN family day.

Where to Stay around the Four Corners

Just 25 miles from the Four Corners Monument, Ute Mountain Casino Hotel in Colorado offers proximity to several sights and a chance to win some money when it’s time to rest after a long day. Owned by the Ute Mountain Ute Tribe, staying at this spot could be a good answer to the question of how to celebrate Indigenous People’s Day.

A little farther away, Desert Rose Resort and Cabins is a bit of a journey to get to Four Corners. Almost 50 miles. But it’s on the cheaper side and is located close to several other parks and monuments like the Valley of the Gods and Gooseneck State Park. This means you have more options during your stay.

If you’re ready to take in the sites, but in need of an affordable place to rest, check this out. 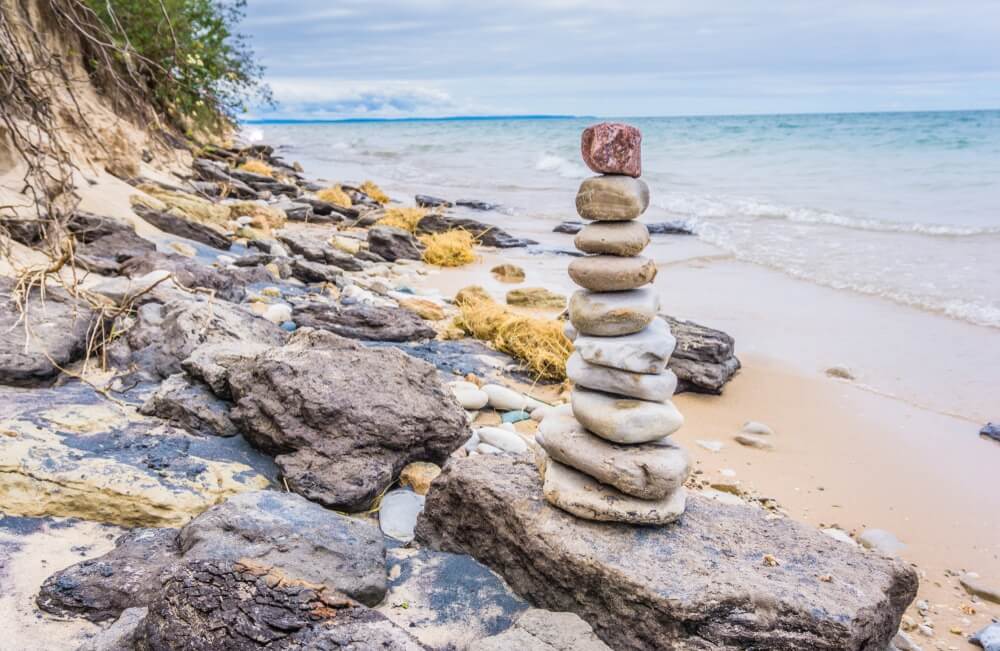 While not situated on a Native American reservation, Sleeping Bear is still a magical part of the rich local Native American folklore in Northern Michigan. Local Ojibwe legend has it that the Sleeping Bear Dunes and the nearby North and South Manitou Islands are the eternal resting places for a mother bear and her two cubs who were separated while swimming across the great Lake Michigan to flee a forest fire in Wisconsin.

Located on the northern shores of Lake Michigan’s “little finger,” the Sleeping Bear Dunes National Park offers miles of sand-covered beach, a dune climb with bluffs that tower 450 feet above Lake Michigan, forests, and crystal clear inland lakes. If you visit in the winter head over to The Dune Climb for some excellent sledding.

Where to Stay around Sleeping Bear

Maybe you want to feel the hard ground and look up at the stars during your night’s rest in Sleeping Bear. Campgrounds are available at Platte River Campground year-round. Campsites are more scarce in the winter so be sure to book them early if you want some cold weather camping.

Just 6 miles away from Sleeping Bear, The Homestead is a 4-star hotel with a heated pool and sporting facilities. Explore nature during the day and sleep in luxury at night.

Need a comfortable place to sleep after taking in Sleeping Bear? We got you.

How does one celebrate Indigenous People’s day right? The answer might be different for each of us. But taking part in the culture, the heritage is a good start. Luckily each place in this travel guide is well worth the visit any day of the year. Let’s all celebrate the rich and incredibly long history of the people who called America home far before anyone called it America at all.